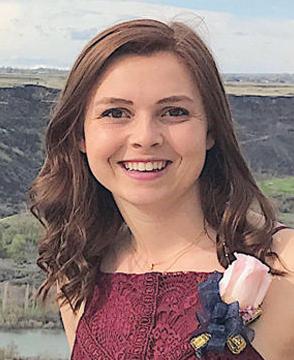 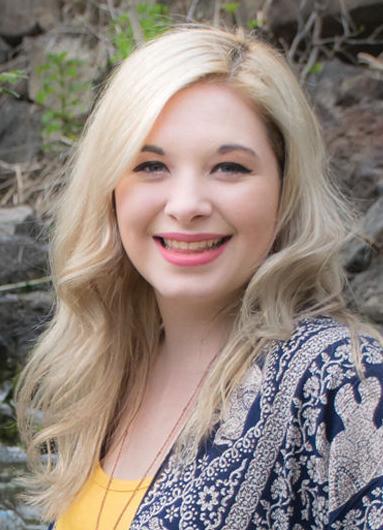 Many students graduate from high school and later gain a college degree. Not many do both at the same time.

Carey has two graduating high school students, its valedictorian and salutatorian, that weren’t even in town most of this school year—they were at the College of Southern Idaho in Twin Falls, earning associate’s degrees.

“They’re legitimately sophomores in college trying to finish their college career and their high school career at the same time,” Carey School Principal John Peck said of the graduates.

Peck said he believes this is the first time that any student has graduated from a Blaine County high school with a college degree in hand. Heather Crocker, the School District spokeswoman, said she also hadn’t previously heard of any such graduates.

Valedictorian McKenley Howard, 17, moved from a large school near Orlando, Fla., to Carey during the winter of 2013-14. Not only was it culture shift from 1,200 students in a grade to 600 people in a town, but she actually skipped the rest of eighth grade when transferring.

“I love coming up with crazy ideas,” she said, “but I follow through and make it happen.”

Howard said she jokingly brought up the idea of skipping grades to the guidance counselor, and the principal approved it.

By her sophomore year, Howard was in sports programs, drama club and student government while continuing to take dual-credit courses. She said she didn’t consider getting a college degree on top of her high school degree until she heard that Madison Virgil, the soon-to-be salutatorian, was doing the same. By the next year, she was on track to her associate’s degree.

“I attended my first college class at the age of 16,” she said.

That first class was a CSI immersive sign-language class in Twin Falls; no talking allowed. While the class was a challenge at first, she said, she enjoys living in Twin Falls now and experiencing the college life. She moved there this year after technically graduating early from high school.

Howard is now in CSI’s outdoor recreation program and the honors program, and works as an ambassador for the university, leading campus tours. She has lived in Twin Falls for the year, integrating into college life and even appearing in some of the school’s promotional materials. After graduating, though, she said she wants to become a biomedical engineer. She said cancer research and 3D printing human tissues are some parts of the profession she would want to look into.

“I always excelled at science and math,” she said.

Howard will graduate from high school with an associate’s degree in liberal arts, and is still deciding between Arcadia University in Pennsylvania or Colorado State University to get her next degree. She said both her parents are also in the medical field, with her father working for St. Luke’s and her mother working as a behavioral therapist.

She said her drive and aptitude for learning come from liking school and spending a lot of time working toward an Ivy League school.

“I was never much of a TV person so I didn’t have anything else to do,” she said, chuckling.

While the school year is nearing its end, the summer won’t mean rest for her. She plans to go to Austria, where she will live with a host family while studying German at a local university.

She said her location in a small town in Idaho never deterred her, saying, “This is my time to learn and this is what I want to do.”

Madison Virgil, 18, will be the salutatorian, but also expects to have three college degrees by the end of this summer.

Virgil is the oldest of five children in her family with a single mother. She said that when her mother was going through a divorce, either she or her mother was always watching the other four kids.

She said she was born when her mother was 18 and unable to get a college degree. While she loves and appreciates her mother, she said, Virgil wants to go farther.

“In kindergarten to third grade, I was in Twin,” she said. “Actually, when I was going to school in Twin Falls, I hated it. I was pretty close to being held back. When I moved to Carey, it was a totally different atmosphere.”

In her seventh and eighth grades, Virgil’s aptitude for education became apparent when she received a perfect score on a standardized test. From there, she said, she worked hard to graduate from high school early while taking on several dual-credit programs. Because she wasn’t emancipated, she said, out-of-state colleges couldn’t accept her and she turned to CSI in Twin Falls.

Now, she’s on track to have associate’s degrees in political science and sociology by the time she graduates from high school on May 26. While working and taking classes in the summer, she said, she hopes to have a third associate’s degree in psychology.

Her dedication and fight for education take up most of her time; she works 60 hours a week at the Best Western in Twin Falls to pay for college, often getting off work around 9 p.m., studying until midnight or 1 a.m., and going to work or school the next morning at 8 a.m.

She works most days when she’s not in school, she said, though she goes home as often as she can, driving back to Carey when she gets off work at 9 p.m. She is also doing an independent study project to provide supplies to local foster kids.

It hasn’t been easy, she said, citing the distance from her siblings and friends while working and going to school.

“The hardest part is, I work 60 hours a week, plus 19 credits, plus graduation is coming up. It’s kind of stressful,” she said. “In November, I started having seizures.”

Virgil initially rented an apartment with a former Carey graduate in Twin Falls, but she said she went to live with family after her seizures continued. She has had seven seizures so far, she said, and still doesn’t know if they’re epilepsy-related or stress-induced. They aren’t holding her back, though.

She plans on attending the University of Alabama in Tuscaloosa next year, where she plans on getting a bachelor’s degree in political science before attending law school. She said the move will be a “culture shock,” noting that she’s never been east of Idaho, other than a field trip to Puerto Rico for 10 days.

“Even coming to school in Twin has been a big culture shock to me,” she said.

Virgil said her ultimate goal is to return to Idaho to work in civil law and help rewrite state policy that has affected her family. She specifically wants to change policies about a parent’s right to a step-child and emancipation procedures for minors. Beyond that, she’d like to be a judge.

She said her mother was only the second case in Idaho in which a parent received full custody of a stepchild. Meanwhile, she said that if emancipation procedures were different in the state, she could have gone to an out-of-state college to work on her degrees instead of to CSI.

Both girls are set to graduate from CSI on May 12 and from Carey high school on May 26. From there, Howard will pack her bags and fly to Austria on May 28 while Virgil continues working toward her third degree in Twin Falls. To succeed in graduating with a college and high school degree, both said they just made a goal and figured out how to accomplish it, regardless of where they were.

“You can honestly do whatever you want,” Principal Peck said. “The opportunities are here, and they are both taking those opportunities.”

Would you like to see gun laws in Idaho made more strict, less strict, or stay the same?

Summer will be exciting at Sun Valley Resort, with camps for kids ages 2 to 12. Of note for parents wary of the ongoing COVID-19 pandemic, the… Read more

Saddle up for equestrian camps at the BARN

At the Bellevue Academy of Riding and Natural Learning—known as the BARN—kids can learn basic horsemanship and safety, riding skills, equine c… Read more

Leadership camp called off for summer 2022

The City of Ketchum has decided to cancel its Youth Recreation Leadership Program for this summer, citing the strain on staff as the primary r… Read more