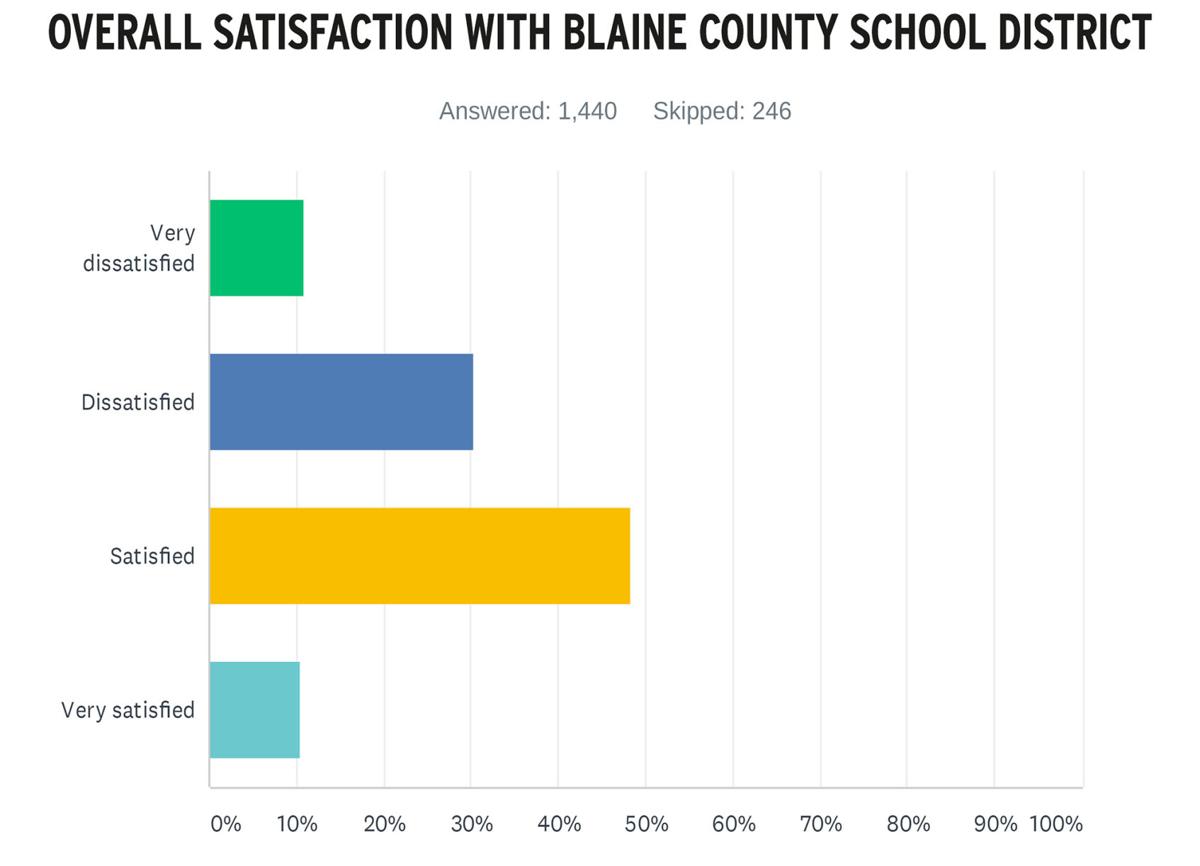 More than 1,700 people responded to the Blaine County School District’s 2019 Community Survey, according to the Idaho School Boards Association. 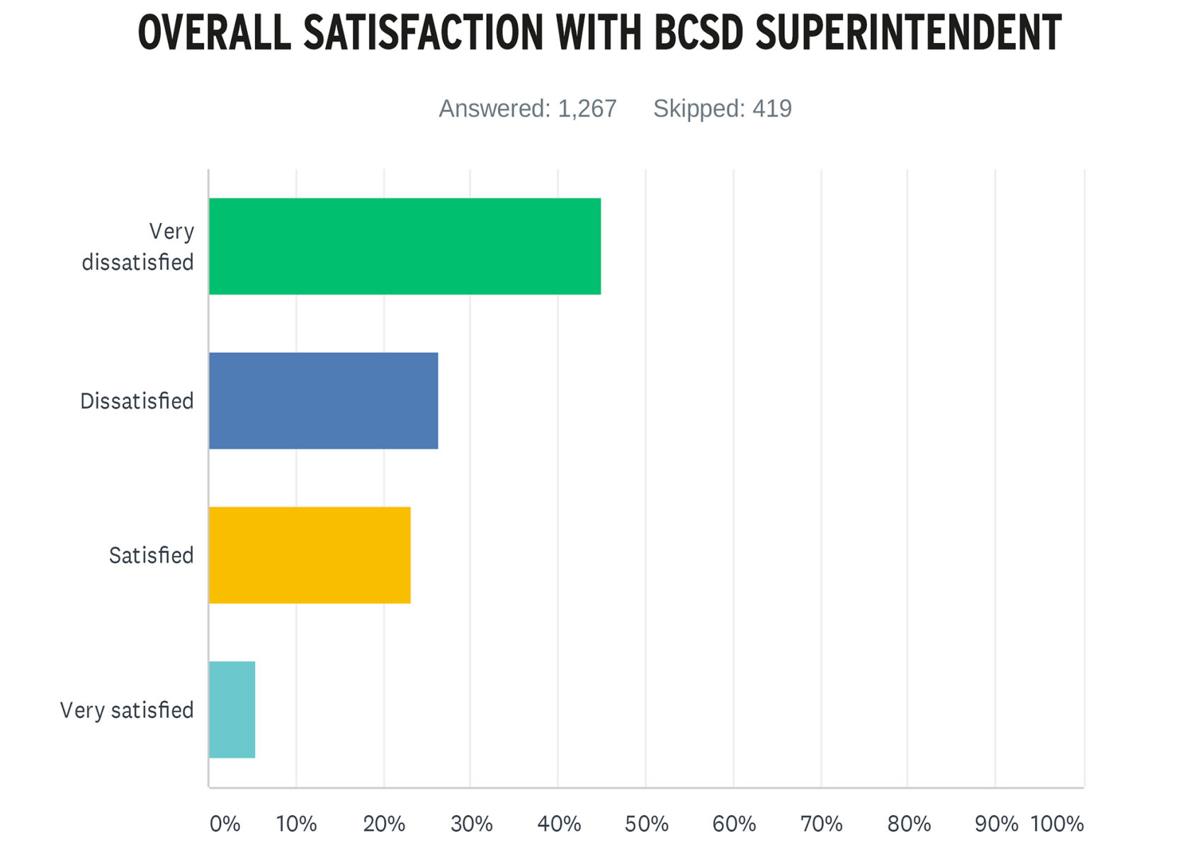 A recent public survey found general satisfaction with the quality of education in Blaine County schools—but widespread concern surrounding the district’s superintendent and board of trustees.

The results of the Blaine County School District’s 2019 Community Survey, published this week and presented at a special meeting Wednesday, showed that parents, community members, teachers and students were generally happy with the district’s facilities and curriculum. More than half said they were satisfied with the district overall, with a number of the roughly 8,000 comments praising teachers and staff as “caring” and “dedicated” educators.

Survey-takers were less pleased, however, with the district’s leadership—a revelation that board Chairman Keith Roark said he didn’t plan to take lightly.

“I can assure you there are going to be changes,” Roark said.

But exactly what those changes would be, he said, was yet to be determined by the board.

“Right now is the time to read the data, read it again, and read it yet again to discuss it,” he said. “We’re going to do that.”

The survey drew about 1,700 respondents—as many as the district’s past three community surveys combined, Trustee Rob Clayton pointed out. Just over half were parents of children in the School District, while around a quarter were district residents without children. About 1 in 5 respondents were district employees, and 72 were students. In all, the report, released by the school district on Tuesday, spans more than 400 pages.

Changes already implemented by the new board include seating the superintendent at a separate table during board meetings, limiting the length of meetings to four hours and ensuring that agendas are set by the board, Roark told meeting attendees.

“We’re going to make those changes and make sure the boundaries between the superintendent and the board are clear and they are followed,” he said.

Roark emphasized that the purpose of the survey was not to “find a scapegoat” for the district’s challenges.

Clayton said the concerns brought up in the superintendent section of the survey “merit a significant discussion” and should be a priority for the board.

Clayton, who was first appointed to the board of trustees in 2014 and previously served as chairman, said he believed many of the concerns brought up regarding the board were already being addressed.

“I’m not going to really look a lot in the rearview mirror, because I think a lot of the input we received on trustees is actually being implemented by the new people we have on the board,” he said.

Several members of the public who spoke at Wednesday night’s meeting said they were grateful for the chance to make their voices heard in the survey.

“As someone who’s been observing the School District rather closely for at least 10 years, I have one comment: thank you, thank you,” said Blaine County resident Barbara Browning, drawing some applause from the crowd. “Thank you for this revealing and honest survey.”

Some speakers expressed optimism about the new school board’s ability to implement changes and operate in a transparent manner going forward—a sentiment that Roark described as “both flattering as it is frightening.”

“A year from now, I hope and expect that the needle’s going to move at least a little bit,” he said, “and this faith and hope and trust you put in us will be in every sense rewarded.”

“I can assure you there are going to be changes.”

The full results of the BCSD 2019 Community survey can be found on the school district’s website, or through this address: bit.ly/3aVjK1x.

About 2/3 of the comments all said "fire GwenCarol" I think the answer is right under your nose.

Well then, the BCSD board should not be considering extending Holmes' contract, again.

Asking Trustee Clayton to resign would be a good start. Complaints from female staff members, along with his fake lawsuit against the district, should be more than enough justification.