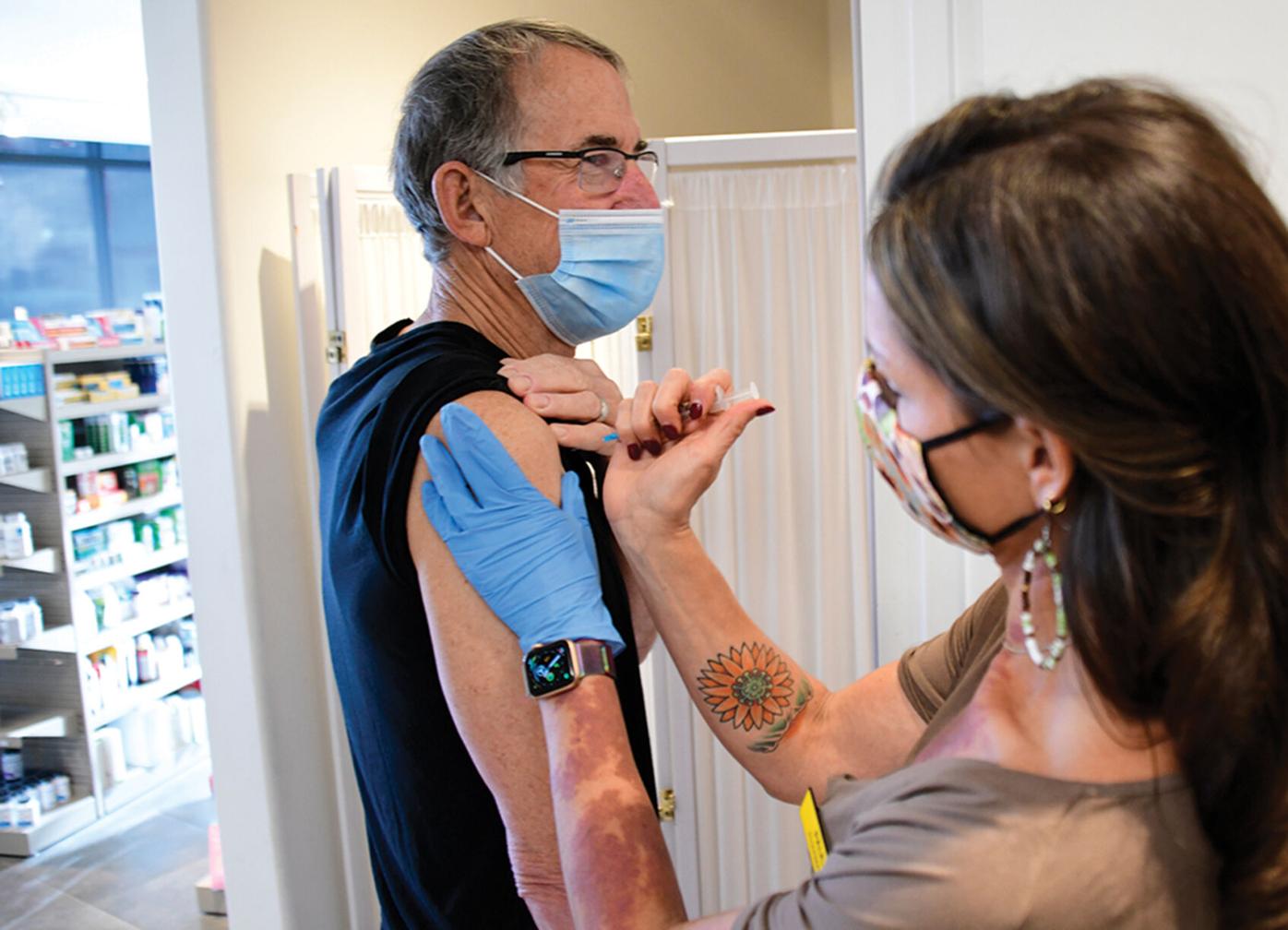 About 20 people lined up for flu vaccines at Albertsons Pharmacy on Thursday. Some were turned away.

A rush to get flu vaccines has made it difficult to get the annual shot in the Wood River Valley, with long lines at pharmacies and long waits at clinics presenting challenges for residents eager to follow official medical advice and get vaccinated.

A similar situation has been reported in many places around the country, yet an overall shortage of vaccines has not been reported.

Blaine County resident Dennis Higman, age 80, said he and his wife waited for an hour in a long line at Albertsons Pharmacy in Hailey on Thursday to get flu shots.

“We called ahead because we had already tried to get an appointment at St. Luke’s Clinic, where we have been patients for a long time,” Higman said. “St. Luke’s said the first appointment available for a flu shot would be Nov. 4.”

The line at Albertsons on Thursday began to form at 9:30 a.m., even though flu shots were not available until 10 a.m. When the line was cut off at about 12:30 p.m. there were still a few people waiting who would have to come back another day, Higman said.

“I hate to think what will happen when we get a coronavirus vaccine,” he told the Mountain Express. Distribution could be disastrous.”

Higman was told earlier in the day Thursday by Luke’s Pharmacy in Hailey that it had no flu vaccines available.

“We’re getting advice from doctors to get our flu shots, but it ain’t easy,” Higman said.

The Centers for Disease Control and Prevention has posted an alert on its website encouraging people to get the seasonal flu vaccine, an alert that has been widely reported in the news media.

“Getting a flu vaccine is more important than ever during 2020-2021 to protect yourself and the people around you from flu, and to help reduce the strain on healthcare systems responding to the COVID-19 pandemic,” the CDC alert states.

The CDC reported no nationwide shortages of flu vaccines Tuesday and a “low” incidence of confirmed flu cases nationwide. The governmental organization states that October is a good time to get an annual flu shot.

St. Luke’s Public Relations Manager Joy Prudek said St. Luke’s has no shortage of flu vaccines, but that a rush on getting them has slowed the vaccination process.

“We actually are offering more clinic appointments than in prior years,” Prudek said. “We are seeing increased demand and a desire to receive a vaccination earlier than we have in the past, given the strong recommendation to receive the flu vaccine.”

The Valley Apothecary in Ketchum had no flu vaccines last week. Co-owner Paula Shaffer said that was due to a two-week “delay in shipments” that she hopes will end this week.

Shaffer said one factor in the shortage could be the media attention around the importance of getting a flu shot during the pandemic.

“People are a bit more in tune at this point as to what they can do to protect their immune systems,” she said.

“We’re getting advice from doctors to get our flu shots, but it ain’t easy.”

“People are a bit more in tune at this point to what they can do to protect their immune systems.”

Did not know Ketchum has so many full-time sheep residents, go get your vaccine like the government told you to baaaa baaaaaa we are still in a pandemic so if you following guidelines you should not catch the flu. Also Trump is in charge of the CDC so if you trust Trump vaccines going into your body good luck with that Trump is so good at handling vaccines and viruses😉 🦠