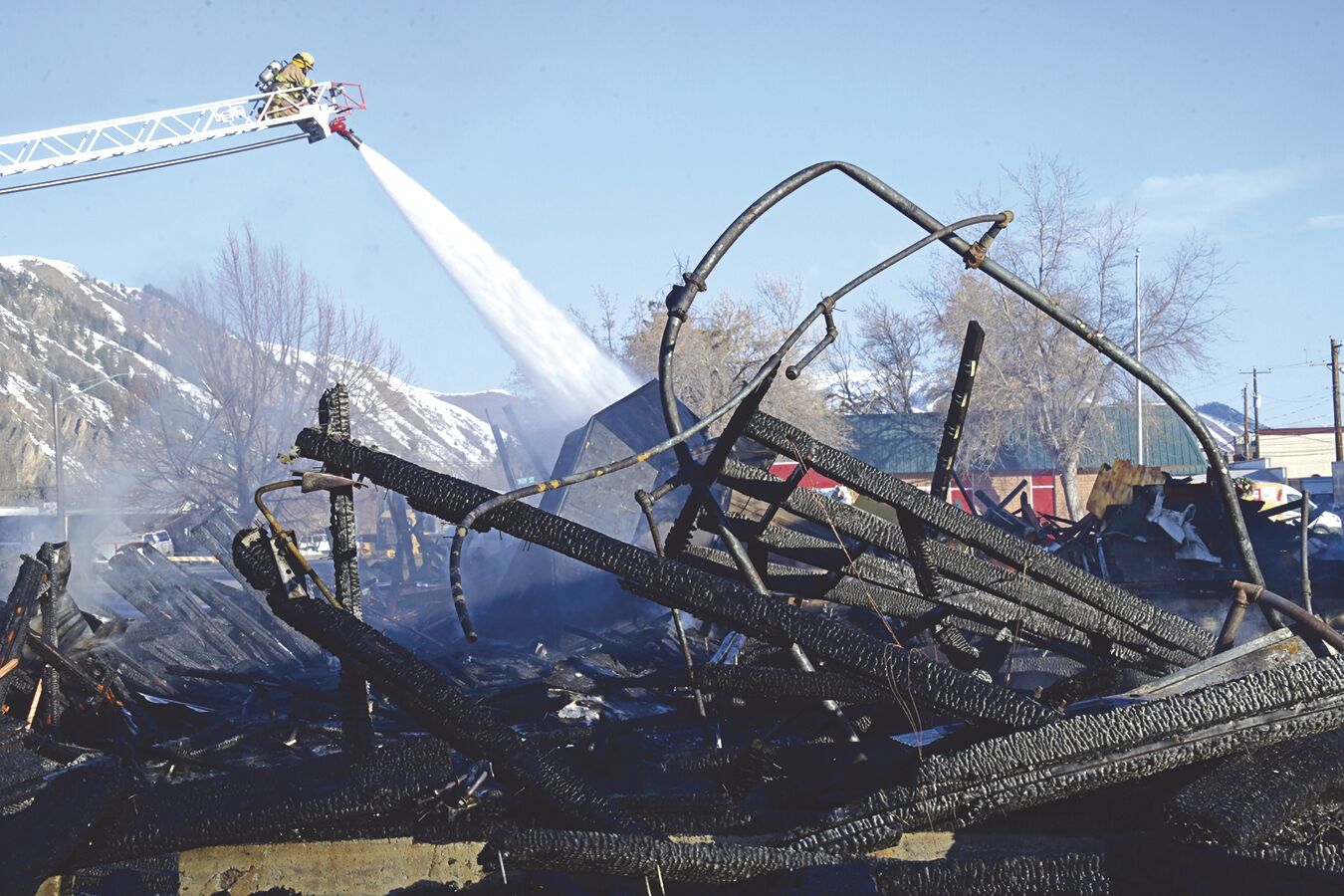 Crews continued to put down flare-ups in the remains of the Croy Street Exchange mid-morning Tuesday, hours after the building went up in flames. 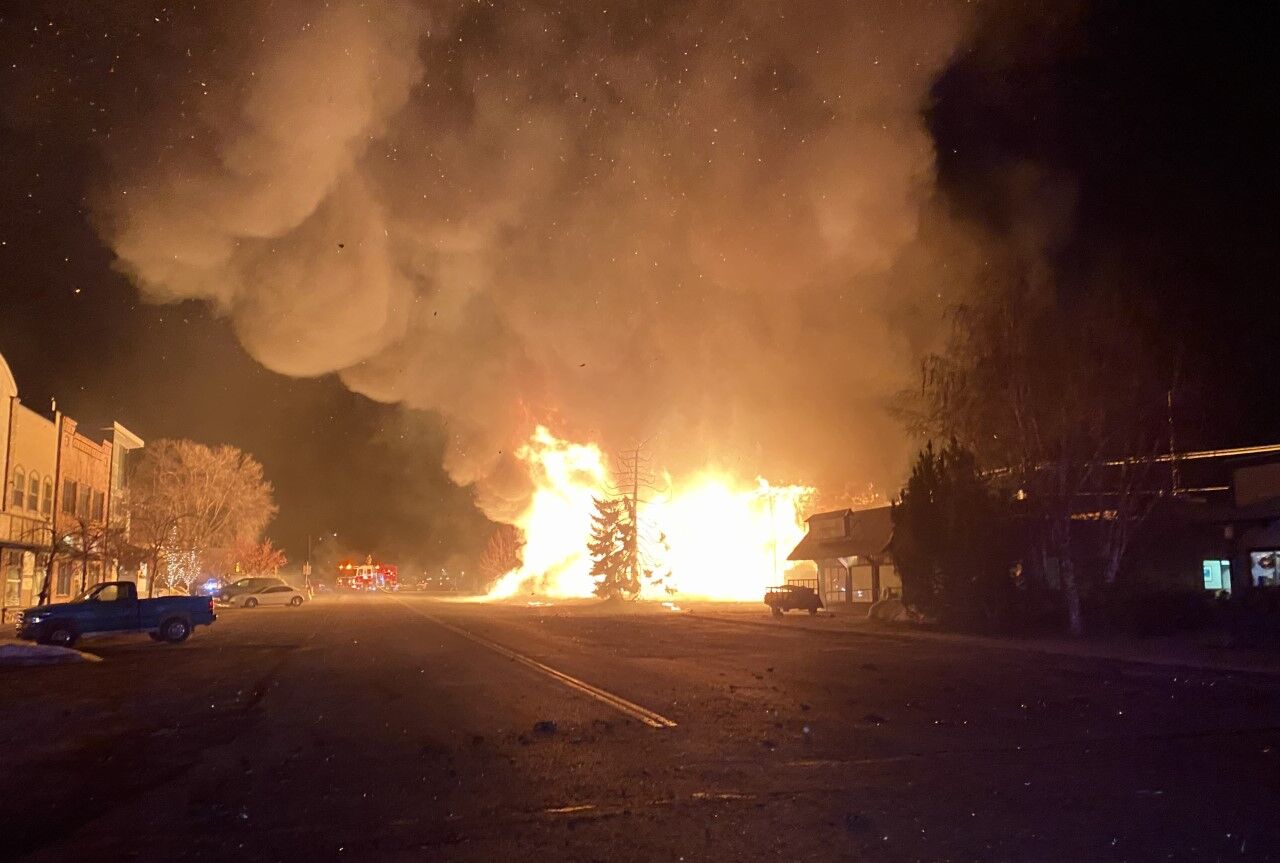 According to Chief Ron Bateman, this photo was taken around 5:20 a.m., when a portion of the Croy Street Exchange Building collapsed. 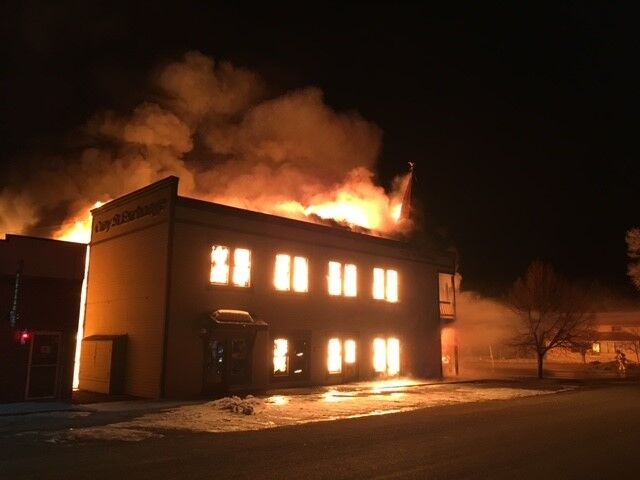 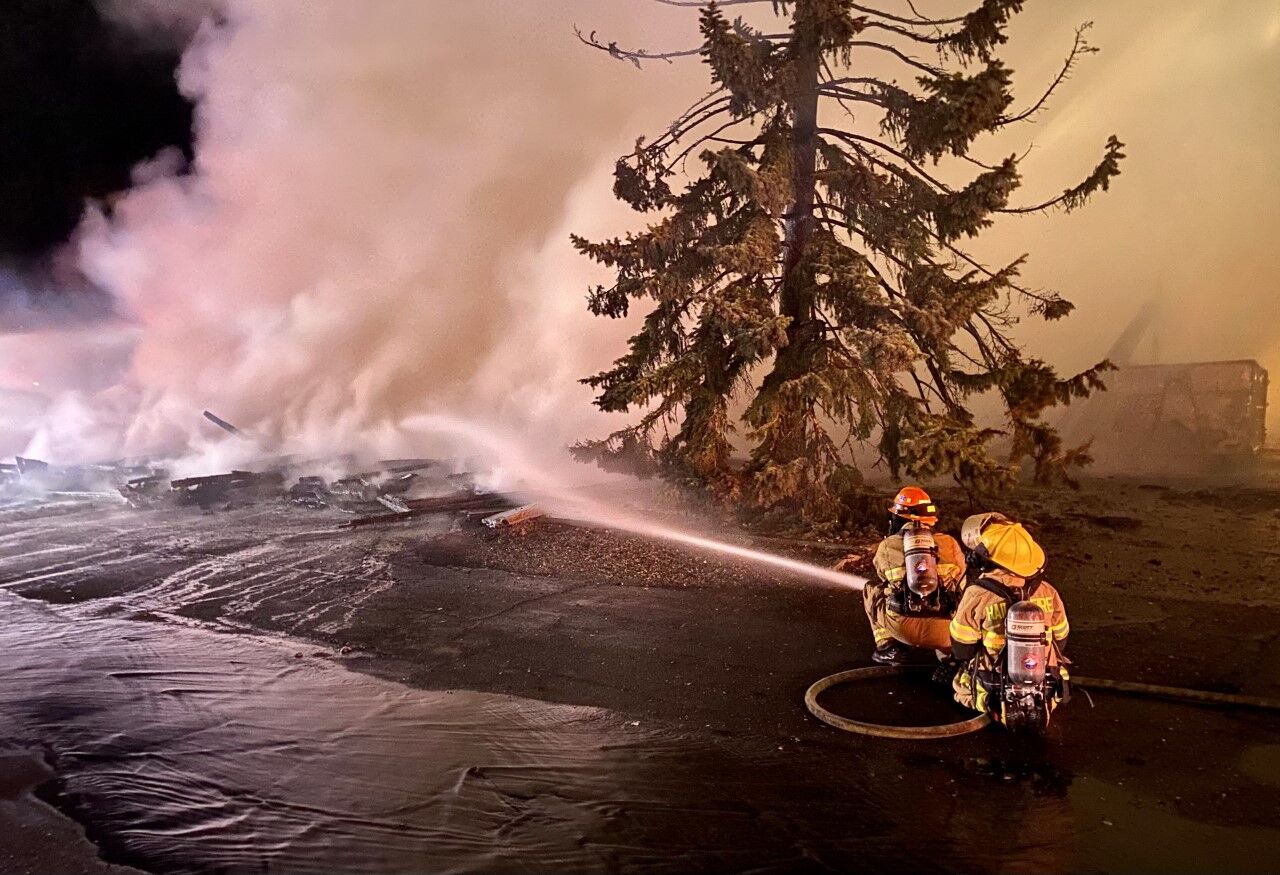 Crews continued to put down flare-ups in the remains of the Croy Street Exchange mid-morning Tuesday, hours after the building went up in flames.

According to Chief Ron Bateman, this photo was taken around 5:20 a.m., when a portion of the Croy Street Exchange Building collapsed.

A fire early Tuesday morning destroyed the Croy Street Exchange Building in downtown Hailey and caused damage to several other buildings nearby.

At 5:15 a.m., Hailey Fire Chief Mike Baledge established command of the incident. A minute later, Wood River Engine 611 began fighting the fire at the northwest corner of the building. With the blaze in full swing, though, a portion of the structure had collapsed by 5:20 a.m.

A handful of other buildings nearby were also damaged by the fire. The siding of a private residence was melted by the heat and the windows of another commercial building were broken, Bateman said. The Lago Azul Mexican Restaurant sustained some smoke damage, according to Hailey Police Chief Steve England, and several construction vehicles nearby were “melted and charred.”

Hailey resident Kimmy Cantley and her wife, Hallie, were among the first witnesses on the scene. Cantley was headed to work at the UPS Customer Center early Tuesday morning, just before 5 a.m., when she stopped to get coffee at the Chevron gas station.

“We pulled up to the gas station and all of a sudden saw a flame bust out of a window. Within a minute, the whole building was engulfed,” Cantley said. "It just went up so fast."

Cantley immediately called 911 and alerted the Chevron gas station attendant, who promptly shut off the pumps, she said.

“Within a minute, the whole building was engulfed. It just went up so fast.”

The commercial building at the corner of River and Croy streets was slated to become workforce housing, co-owner Michelle Stennett, a state senator from Ketchum, previously told the Idaho Mountain Express. Architectural renderings would have been presented to the Hailey Planning and Zoning Commission in a design-review hearing on April 5.

The building had housed about half a dozen tenants as of last November, according to Stennett, including Growing Concern Hair Design and Adorame Beauty and Fashion Boutique. In a letter dated Dec. 31, tenants were instructed to vacate the property, along with their possessions, by Jan. 30.

In a January email to the Express, Stennett described the building as “older, tired” and “in need of care,” but a “more affordable option for small-business owners."

“As you know, workforce housing is nearly impossible to find and unaffordable, which challenges so many people who provide services to our communities,” she wrote. “As one of the owners, I have chosen to put some of my own resources into the project because I believe so strongly in contributing to be part of the solution.”

Stennett was not able to be reached Tuesday to comment on the fire and the future of the property.

Editor's note: This story was updated with further information at 3:50 p.m. Tuesday, March 16.

The fire that claimed the Croy Street Exchange building on March 16 is being investigated as arson, state Fire Marshal Knute Sandahl told the …

You literally have no idea what your talking about.

Exactly! Let’s see how thorough and honest this “investigation” will be.

I heard it went up in 60 sec. NOT normal fire behavior! .Hope they open an arson investigation.