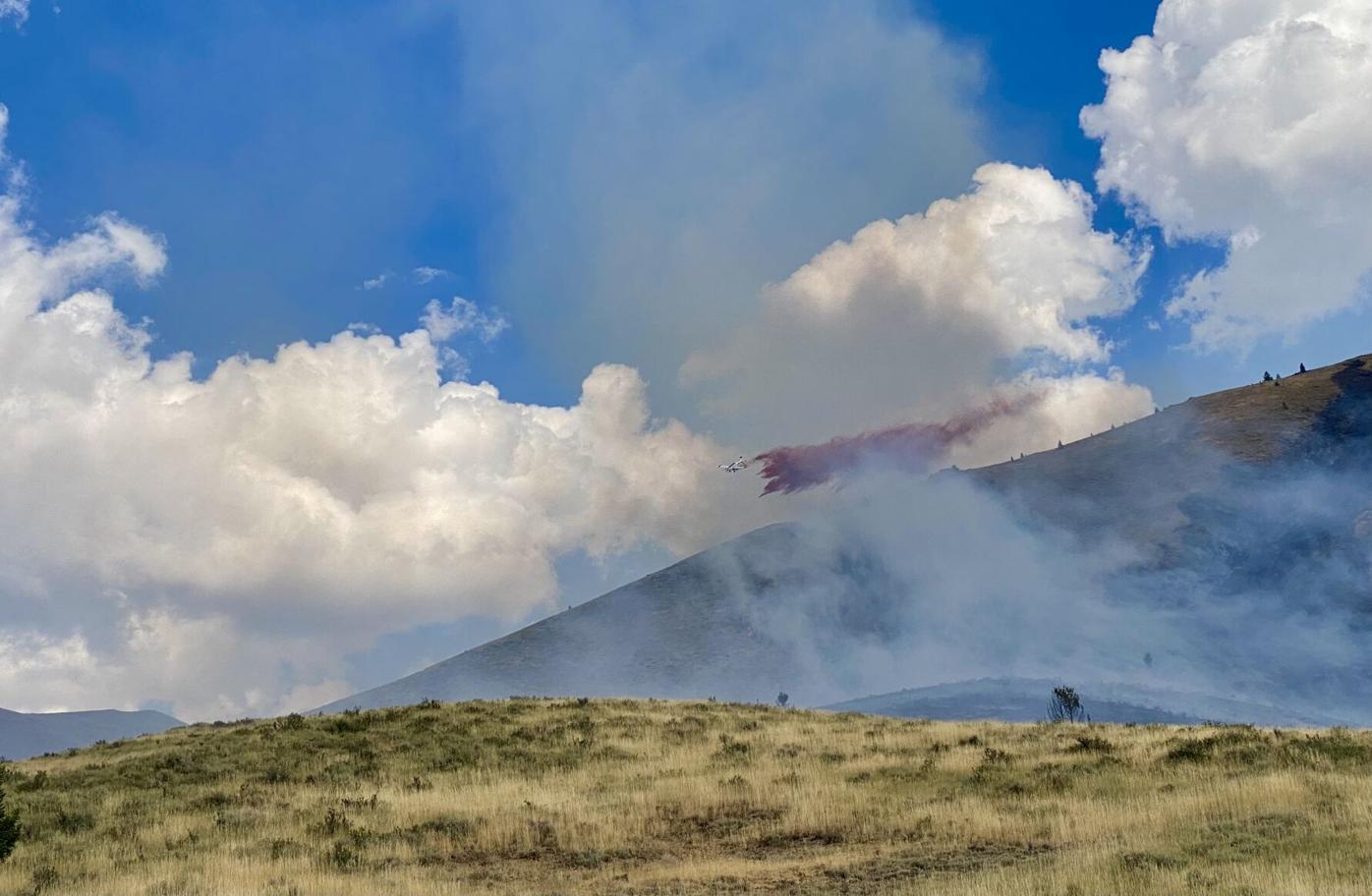 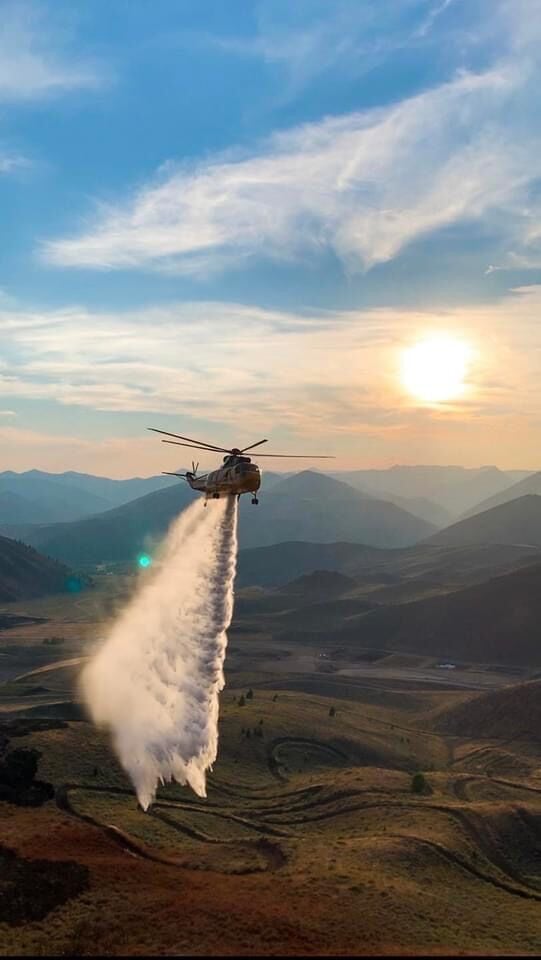 A helicopter douses the Ohio Fire on Friday evening.

Investigators from the Bureau of Land Management and the Blaine County Sheriff’s Office are working to determine the cause of the Ohio Fire, which scorched some 40 acres north of Hailey late last week.

As of Tuesday morning, the inquiry into the fire remains “an active investigation,” BLM Fire Information Officer Kelsey Brizendine told the Express.

The Ohio Fire was first reported smoldering through grass and brush near the Ohio Gulch transfer station at the end of Ohio Gulch Road around 1:30 p.m. on Friday, Sept. 16. The fire, which reportedly rode shifting winds across pavement soon after, prompted a road closure as firefighters responded during the afternoon commute Friday.

With an assist from the air, crews contained the Ohio Fire at 8 p.m. Friday, Brizendine said.

BLM crews remained on site to monitor the fire overnight Friday, but all closures were lifted by Saturday morning. The fire was fully controlled at 8 p.m. on Saturday, Brizendine said.

This week, Brizendine urged vigilance despite the onset of Fall weather.

“Even though its starting to cool off, and we’re getting moisture, the fire danger is still there,” she said. “Continue to use caution on public lands.”

The Sawtooth National Forest remained under Stage 1 fire restrictions Tuesday as work continued on the Ross Fork Fire near Smiley Creek. The suite of rules ban campfires and outdoor wood fires on Forest Service land from U.S. Highway 20 north to the forest border. They also prohibit smoking outdoors “except in vehicles or in areas at least 3 feet in diameter that is void of flammable vegetation.”

BLM land around the Wood River Valley did not have any restrictions in place Tuesday morning, Brizendine said. But, she reminded people to completely drown campfires, secure chains on vehicles, and practice other common-sense fire safety throughout the season.

“These little things will help prevent human-caused fires this fall.”  

We should ban campfires permanently. Nothing worse that camping and having to breathe fire smoke. Like sitting next to a smoker> Pun intended.

Fire restrictions should be automatic every year during dry months to prevent at least some fires. The BLM is grossly negligent for not implementing them now. There is a lot of BLM land close to residential areas. Why should someone’s desire to have a campfire put thousands at risk if that campfire gets out of control. We have seen it over and over again that people just don’t know how to put a fire out properly. This Ohio Gulch fire was probably not a campfire. But many wild land fires are because of campfires. Idaho needs a wild land fire prevention policy. No open burning of any kind June 1-October 1.

Maybe investigators should look into sparks off chains . Seems to be a big deal I’ve witnessed anymore but no one gets stopped or checked .