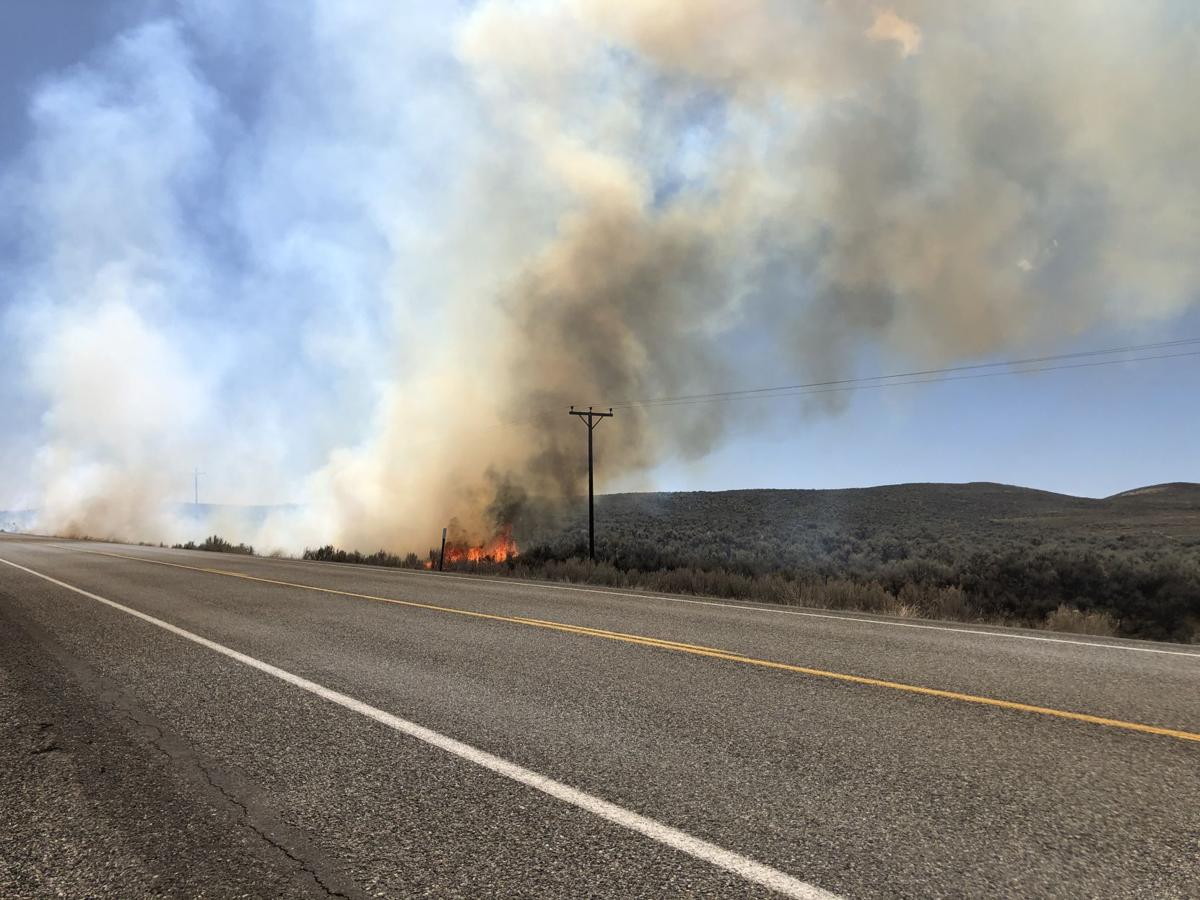 A fire sparked south of Timmerman Junction on Saturday, April 18. 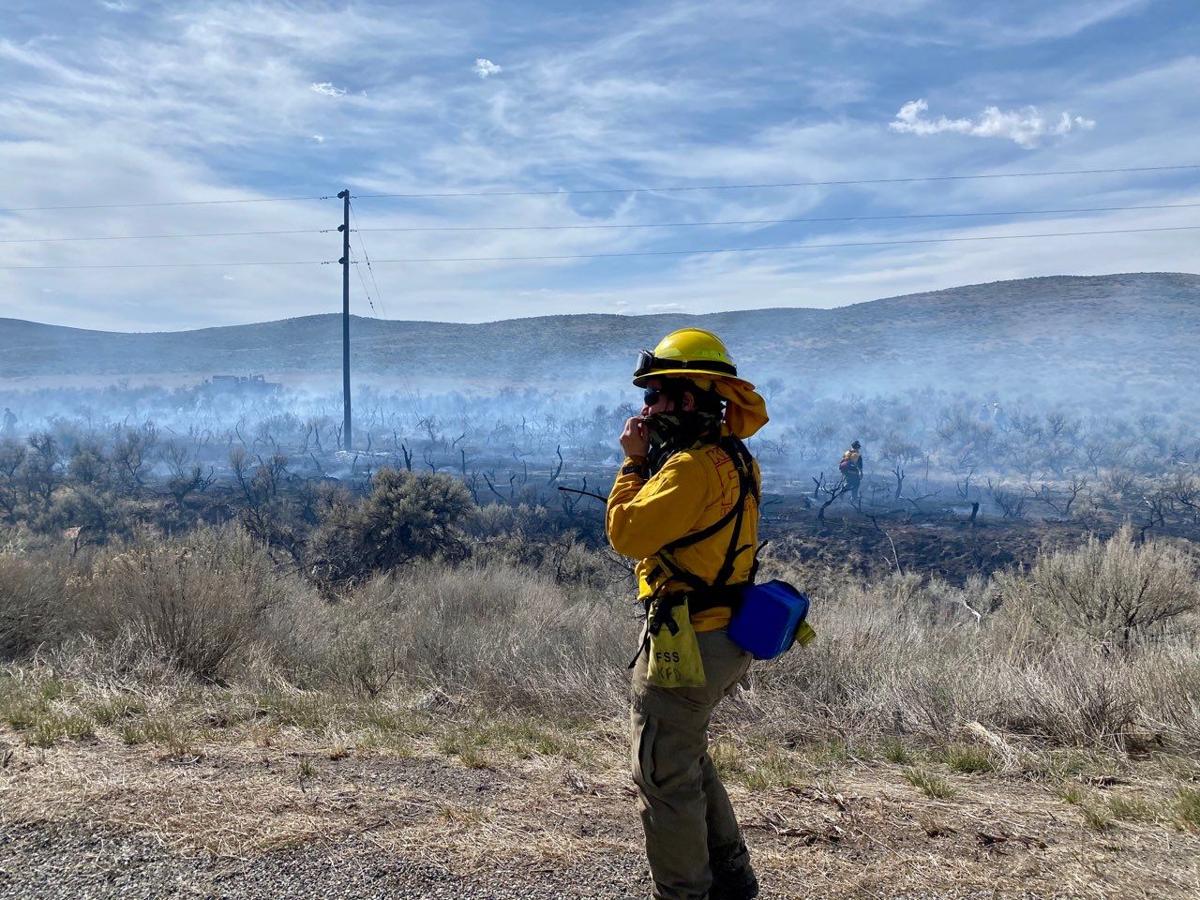 Traffic stalled for nearly two hours on state Highway 75 Saturday afternoon as two wildfires started within miles of each other south of Timmerman Junction.

According to Wood River Fire & Rescue Chief Ron Bateman, the department was dispatched at 2:37 p.m. to a report of a wildfire near East Magic Road on state Highway 75. En route to the first fire, firefighters were notified of a second wildfire, roughly three miles south along the highway near Picabo Desert Road.

“Highway 75 was closed for an extended period of time to protect firefighters as smoke obscured the roadway,” Bateman told the Mountain Express.

Wood River received assistance from the Sun Valley, Bellevue, Ketchum and Carey Rural Fire Departments. The Bureau of Land Management arrived just after 4 p.m. to take command of both fires. According to Bateman, 16 trucks and 39 people responded, not including BLM.

According to Bateman, firefighters did their best to maintain some measure of social distancing while fighting the flames, but “it’s incredibly difficult to remember actually.”

“There was a very heavy traffic that was a real threat for our initial attack crews,” Bateman said.

The cause of both fires is under investigation, Bateman said.

Crews responded to a pair of wildfires alongside state Highway 75 south of Timmerman Junction just before 3 p.m. on Saturday, according to the Bellevue Fire Department.

The larger fire, which appears to be an uncontrolled burn, is burning just south of mile marker 100 on the southbound side. The second fire is near mile marker 94 on the northbound side of the highway. A crew from Wood River Fire and Rescue arrived on the scene around 3 p.m. The Bellevue Fire Department has closed the northbound lane of the highway.

This is a developing story. For more, check back with mtexpress.com

Update at 3:29 p.m.: The fire at mile marker 94 appears to be nearly out as fire crews respond.

Update at 3:42 p.m.: The northbound lane of Highway 75 remains closed as firefighters tackle the wildfires.

Update at 4:11 p.m.: Bureau of Land Management is now on the scene. The highway remains closed.

Update at 4:56 p.m.: The highway is reopened heading northbound, but the southbound side is still closed.

Update at 5:45 p.m.: According to the Blaine County Sheriff's office Highway 75 south of Timmerman Hill is now operating with open one lane of travel alternating direction using a pilot car.

“There was a very heavy traffic..." Really? Why, in a 'stay in Blame County' order? So, as always, ANYBODY can come in, then go out? No enforcement. And I don't mean that as pointing fingers at the sheriffs dept, but if orders are proclaimed, our 'leaders' are just hoping for compliance?

Likely cause would be cigarettes out the driver's side window, right? I wonder if this was done on purpose or just from thinking thats the way to deal with a cigarette butt. Or perhaps some kind of "motorized contraption" moving along the roadside. It does show that fire danger is already high.

Geez let’s take a pole at this one 🤔

Why so much "heavy traffic" when there is a stay-at-home rule right now??

Wildfire on a sunny day on the side of the road? This is just another human fire caused by ignorance or malice like many of the other fires that have destroyed our states lands.

Lack of prosecution allows these guys to keep doing it .