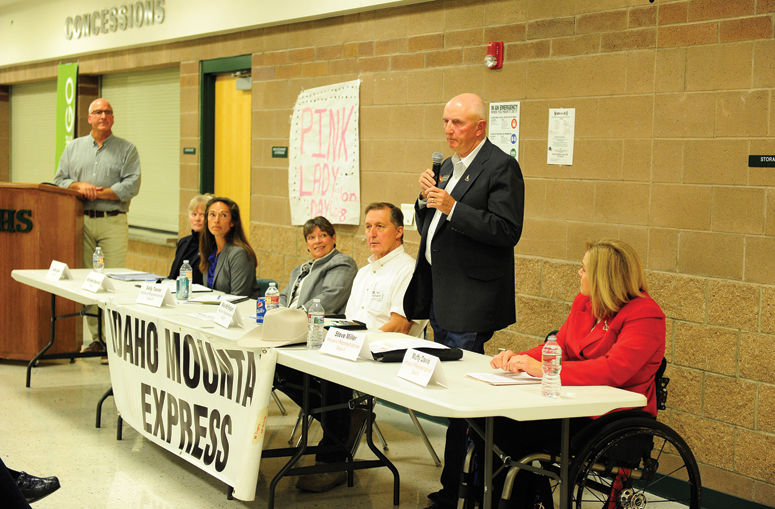 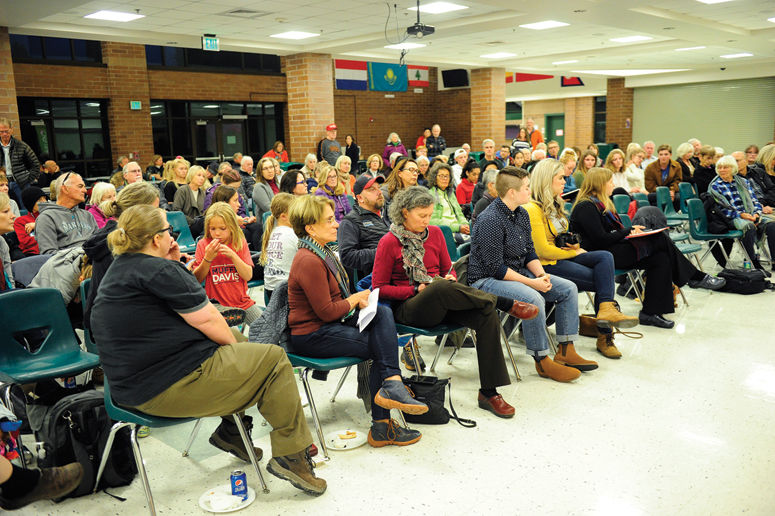 Similar to past election forums, public school funding and affordable health care were two major sources of debate, as voters prepare to decide the fate of a ballot measure called Proposition 2 that would expand Medicaid in Idaho to cover the 51,000-62,000 residents who lack health insurance.

They’re in the “Medicaid gap,” which refers to low-income residents who earn too much to qualify for Medicaid currently, but too little to get subsidized care through the federal Affordable Care Act. A 2012 U.S. Supreme Court ruling gave states the option of expanding Medicaid; thus far Idaho has declined to do so.

If re-elected to serve in the 2019 session, Toone said she would respect voters’ wishes to implement Proposition 2 if they pass it. A report from the actuarial firm Milliman estimated the 10-year cost of implementing Medicaid expansion in Idaho would be $105 million over a 10-year period for the state government, while the federal government would contribute $4.69 billion.

Toone said the Legislature needs to have the conversation on how to implement Medicaid expansion and come up with the state portion of the funding, even if it’s painful.

“I will vote according to the people of Idaho,” Toone said. “It’s going to take conversations, some of them not very comfortable. We’re your voice.”

McFadyen said he would not support the measure without the funding.

“I am not going to vote for something that we don’t have a way to finance it,” McFadyen said.

Davis said she would vote to pass Proposition 2, and criticized Miller for being part of the Legislature’s inaction on the issue.

“Why should Idaho families trust you?” Davis asked.

Miller replied that he supported a bill in the 2018 session that would have sought a federal waiver to obtain coverage for about 35,000 people in the Medicaid gap. It did not pass the Legislature.

As a member of the Joint-Finance Appropriations Committee, which sets the state government’s budget, Miller said he has worked to increase funding for education. In the last session, the Legislature increased funding for the K-12 school system by 5.9 percent, or approximately $100 million, over the year prior. Of that increase, $41.6 million was slated to boost teacher pay through the state’s career-ladder program.

The Legislature also enacted a tax conformity bill that slashed the personal and corporate income tax rates by .475 percent. The law will reduce general fund revenue by $129.5 million, and provide $142 million in tax relief, according to a report from the Legislature. By conforming to the new federal tax law, Idaho taxpayers would owe the state government more in taxes, because of the closure of several tax exemptions.

Davis criticized the tax cut as something the state could not afford, and said the Legislature is shirking its constitutional responsibility to adequately fund schools. She said 93 out of 115 school districts in Idaho rely on levy funding to supplement state allocations.

“Our kids deserve better,” Davis said. “It is proof enough that the Legislature is not adequately funding education. It’s not fiscally responsible to be giving money back.”

Miller replied that while Idaho ranks low in per-capita student funding, some performance measurements such as eighth-grade reading scores rank above average. The state’s average eighth-grade test scores in reading in 2017 was 270 out of 500, or three points higher than the national average, and 284 in math, which was two points more than the national average, according to the National Assessment of Educational Progress’ Report Card.

“I have worked to appropriate for education in that time,” Miller said, referring to his tenure on JFAC. “We are low in per-capita student funding. We have made great strides.”

Neither Miller nor Davis expressed support for a system that would charge a tax or a fee on producers of carbon emissions within Idaho, based on their volume of emissions, as a way to address climate change. California has such a system, called cap-and-trade, and Washington state voters may implement a carbon fee via a ballot measure this fall. Lawmakers in Oregon have debated whether to pursue that for several years.

“There are so many variables to that,” Miller said. “It’s really hard to say without looking at some specifics.”

Davis said the Legislature could incentivize reductions in carbon emissions without resorting to a tax or a fee.

“It is an important conversation that we need to start having,” Davis said. “I don’t know if I could say I support or oppose a tax. There are a lot of different options.”

Senate candidate Lynn said any discussion about carbon emissions needs to include better management of wildfires. She said the state does a much better job of that on state lands than the federal government does with national forests. A report from the Idaho Department of Lands stated that during the 2017 fire season, 90 percent of fires were contained within 10 acres. In the 2016 season, 91 percent of fires were contained at less than 10 acres, according to the Department of Lands.

“Reduce the fire danger all over the nation and in the state,” Lynn said. “The federal lands have not been managed for the last 50 years. There’s loads and loads of fuels.”

Stennett replied that the state is collaborating with the federal government and other partners to manage forest fire danger through selective logging, where timber is harvested in small patches.

“The Legislature has already demonstrated a will,” Stennett said.

Stennett criticized the Legislature for raising the vehicle registration fees on electric cars by $140 in the 2015 session.

“Why would you de-incentivize people to do the right thing?” Stennett asked.

Stennett also criticized mandatory-minimum sentences for some criminal offenses, saying it was contributing to overcrowding in state prisons that was leading Idaho to send some inmates to correctional facilities in Texas.

“What’s happened is we cannot handle all the prisoners that we have,” Stennett said. “We’ve left the ones who are the most difficult to deal with in Idaho. We can’t afford to continue to do it this way.”

Lynn said the state needs to do more to help residents suffering from drug and alcohol addictions. If they are incarcerated, the state could better help ease their transition back into society.

“Idaho’s a ways behind in dealing with mental health and drug addiction,” Lynn said. “People need to be treated rather than punished. Help these people get their lives back.”

The Idaho Mountain Express will host two more Pizza and Politics forums, on Tuesday, Oct. 16, and Wednesday, Oct. 17. The forum on Tuesday will be held at Bellevue City Hall and will begin at 6:30 p.m. It will feature candidates for mayor of Bellevue. The forum on Wednesday will be held in the Blaine County Commission chambers at the Old County Courthouse in Hailey at 6:30 p.m. It will feature candidates for Blaine County commissioner.

The problem is Stennett knows first hand what socialism does to people; to societies, yet she is committed to the Liberal strategies that take us there. I like Michele; not her politics!

Conversely, Lynn stood atop the Berlin Wall and saw the stark difference in destiny. Julie Lynn has my vote!