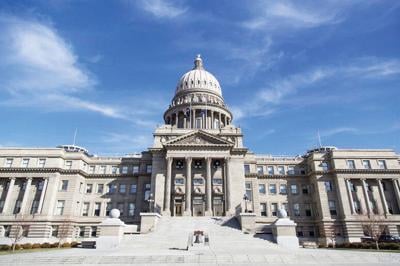 With the Nov. 8 general election just days away, the two candidates vying for the District 26 state Senate seat representing Blaine County are nearing the finish line of their campaigns.

Republican Rep. Laurie Lickley and Democrat Ron Taylor have already put forth vastly different stances on issues such as abortion rights, raising the state’s minimum wage and the state’s handling of a $1.4 billion budget surplus.

Lickley, of Jerome, is a ranch owner and operator who is currently finishing her second term as a representative of District 25 in the Idaho House. Taylor, of Hailey, is a retired longtime firefighter and paramedic in Blaine County who has also worked a variety of other jobs and volunteer positions.

Lickley and Taylor are running for the Idaho District 26 Senate seat currently held by Sen. Michelle Stennett, D-Ketchum, who is retiring at the end of the year. Through state redistricting this year, District 26—which has included Blaine, Camas, Gooding and Lincoln counties—is now composed of Blaine, Lincoln and Jerome counties. The Senate term is for two years.

Lickley has campaigned largely as an experienced politician with Idaho roots and conservative values. She has touted her work on mental-health care and natural resources. Taylor has campaigned as a lifelong public servant who could bring a fresh voice to the Legislature. He has stated that he would work to improve education, protect public lands and advocate for Idahoans’ freedoms.

The Idaho Mountain Express talked to the candidates last week about their positions on several issues facing District 26 and the state.

On the topic of whether Idaho—which in recent years has ranked as low as dead-last nationally in per-pupil education spending—should spend more on education funding or establish more consistent funding sources, Lickley said progress has been made.

Numerous organizations and citizens have given endorsements to the District 26 Senate candidates.

The state has increased education funding by 12.5% since she started working in the Legislature, she said, and she would plan to have the state look at its long-term needs and funding sources. Lickley said she would also look into relief from escalating property taxes, which are used to fund school districts.

In the late summer, she supported a special-session spending bill that earmarked $330 million for a K-12 public school fund.

Funding schools is part of a balancing act for the state, Lickley said.

“There are a lot of demands on Idaho’s budget, and education is a component of that,” she said.

Taylor criticized the special allocation for education as merely “a promise” that will not be available until 2024 and must still be appropriated by the Legislature.

Taylor previously said he would like to see the state use surplus funds to pay off outstanding school bonds and levies that are currently funded through property taxes.

“Money isn’t always the answer to fixing something,” he said last week, but the state needs to commit to helping schools, many of which “are falling apart.”

House moved to limit children’s access to some books

In addition to criticizing Lickley voting for a law making the act of performing or attempting to perform an abortion a felony, Taylor has pointed to differences over a debate in Idaho on limiting children’s access to certain reading materials.

In March, the Idaho House of Representatives passed a bill to remove a protection for libraries and some other public institutions and their employees for disseminating material that is deemed “harmful to minors.” Critics and House members who opposed the bill—which did not clear the Senate—said enacting it could lead to librarians being criminalized for allowing children access to some books that the state has deemed objectionable.

Some of the books in question dealt with LGBTQ themes.

“I think there’s a faction of our society that is neglecting the fact that the damage that is coming to their children is from the internet and social media,” he said.

Though she voted for the proposed legislation, Lickley said she supports—and her family uses—public libraries and she believes decisions about children’s reading material rests with their parents.

Candidates weigh in on new district, other issuesIn the state’s redistricting process, Blaine County was linked to the largely agricultural Jerome and Lincoln counties.

Though Lickley previously questioned whether Jerome County has common interests with Blaine County, she said last week that she is “comfortable” with the redistricting results and the prospect of representing the largely tourism- and recreation-based economy of Blaine County.

“I listen. I am somebody who will look at all sides,” she said.

Taylor said he has a different take.

“My opponent has said she doesn’t see any commonalities between Jerome and Blaine counties,” he said. “I don’t feel that way about [the Shoshone area] and Jerome County.

“I look at it as an opportunity. I’m willing to sit down with everybody.”

On whether the state should allow a real estate transfer tax to be imposed for communities such as Blaine County to raise funding for affordable housing, Taylor said he would favor it.

“I think it would be a great way for this community to raise money for affordable housing,” he said. “A 1% fee would not be incredibly harmful to anyone. Let them try it.”

Lickley said she would first want to talk to stakeholders in the matter before deciding.

“I certainly understand the housing challenges in all of our communities,” she said.

Lickley said she is encouraged by “free-market ideas” to address housing shortages, such as projects being pursued by the St. Luke’s Health System and Idaho Power Co.

On management of natural resources, Lickley—the vice chair of the House Resources and Conservation Committee—said she supports equal access to public lands among hunters, recreationists and grazing operations. She would work to support agricultural communities, clean air, water quality and aquifer recharge, she said.

“I’ve got the seats at the table,” Lickley said.

“Per capita, we use more water than any other state,” he said.

“Idaho survives on agriculture and tourism,” he said.  

"I’m willing to sit down with everybody.”

"I am somebody who will look at all sides."