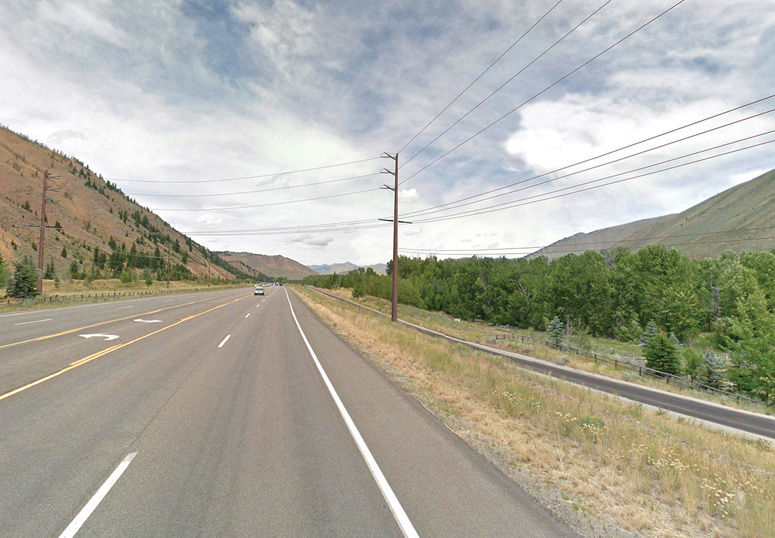 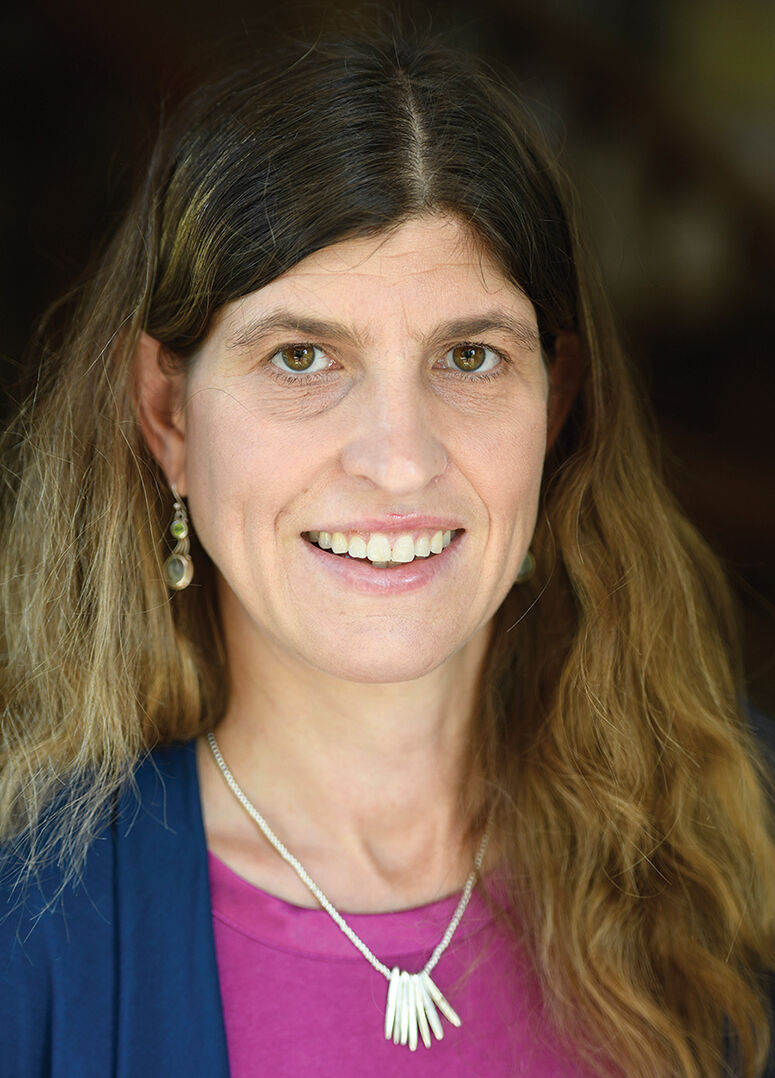 Ongoing discussion over whether and how to pay for the undergrounding of an Idaho Power transmission line along state Highway 75 will continue at a meeting hosted by the Blaine County commissioners Thursday night.

Last week, the project’s stakeholders held a virtual meeting to discuss funding options for the project, which is expected to cost more than $30 million. The county will hold another meeting this Thursday night; comments from the public will be accepted prior to and during the meeting.

The meetings are a continuation of a years-long discussion on the 9-mile transmission line, which will go near and along state Highway 75.

After initially denying Idaho Power’s request to install an overhead line, the county agreed to allow a redundant line on one condition: It would have to be underground.

Idaho Power agreed to cover the cost of what an overhead line would be, but the county is responsible for the cost of putting it underground from the Hailey substation to where it was already scheduled to dive underground west of Elkhorn Road—a project estimated to cost between $32 million and $38 million.

In an “ideal” scenario, Commissioner Angenie McCleary said at last Thursday’s meeting, Idaho Power would pay to bury the line.

“I feel that we’re left in a really challenging position as a community” when it comes to finding a funding mechanism, McCleary said. “This really is a community decision at this point.”

Negotiations between the county and Idaho Power in recent months have failed to produce a solution that’s acceptable to both parties, county documents show. Options still on the table include adding a surcharge onto Blaine County residents’ power bills to pay for the undergrounding and only partly undergrounding the transmission line; commissioners said last Thursday that they will likely schedule an additional meeting with stakeholders to discuss all options in greater detail.

The meeting Thursday will begin at 6 p.m. It will be held in the commissioners’ meeting room at the Old County Courthouse, but members of the public are strongly encouraged to attend virtually via the internet. To join, visit global.gotomeeting.com/join/323952557 on your computer, tablet or smartphone. You can also dial in by calling 224-501-3412 and using the access code 323-952-557.

“This really is a community decision at this point.”

Ms. Tidwell ... your so called info is so riddled with misinformation it is appalling!

Is it the word redundant that has your panties bunched!?! Are ketchum and sun valley willing to stop building? Here is some info: https://electrical-engineering-portal.com/redundancy-power-circuits

The question is not if the line will be built, but when. Think of the existing line as an extension cord ... how many energy users can you ‘plug in’ , before the fuse blows!! The existing line is over 50 years old ... maybe you should ask IPCo what the current line capacity percentage is.

Yes, the county has a provision that lines should be underground ... so in your mind, you feel that IPCo should pay to bury the line, just because we said so!?! That is not how the power business works; not in Blaine county, or Idaho or around the nation! The utility pays what it would cost to build it overhead, as that is the cheapest construction cost, the municipality bears the remaining costs ... no not by the ratepayers, but by those who receive the power. Having done design work for IOCo, I know this to be true ...

Your alternative energy sources are imaginative but sorely naive .... want to guess how many acres would need to be allocated to provide a solar farm to power the north valley!?! You all can’t even figure out how to provide employee housing ... and you think ... oh never mind ... you don’t think!!!

I hear that you are worried that if we don't build this line that there won't be enough power. Actually, I was an intervenor in the PUC case. Idaho Power has testified, as well as PUC staff, that capacity of the line has never been the issue. There is plenty of capacity for the future. There are a lot of documents on the PUC website if you would like to verify. Or if you would like to come out from behind your anonymous posting, and give me an email address, I will be happy to send them to you or chat with you. I have current costs also on solar and batteries, as well as the size of acreage needed. Happy also to provide you lots of information on the current state of renewable energy and batteries or you can read the columns on my website. You know, people used to think I was crazy talking about renewable energy in 2000 as pie in the sky, but now Scotland produces enough energy from wind to power two Scotlands. Many states have 40% from renewables regularly now. Oh, and I am building workforce housing in Hailey - 16 unit apartment at Silver & River.

In 2018, 81% of the electricity generated in Idaho at utility-scale power plants was produced from renewable energy sources, the second highest share of state renewable electricity after Vermont.

Hydroelectric power supplied 60% of Idaho's in-state electricity supply in 2018, which contributed to Idaho being among the 10 states with the lowest average electricity price.

Sounds like Idaho is doing well...much better than 40%, and without blackouts. Although, anyone with a brain knows hydro has significant impacts (and benefits). Likewise for solar and wind, ...and batteries. Where do the materials come from for batteries and solar panels? MINING.

So, Kiki, where is you property for which you are so worried about your view?

If the wealthy elite want power redundancy without seeing the power lines make them pay for it. Better yet make them pay to bury all the utilities in Hailey.

The Idaho PUC did issue a Certificate of Convenience and Necessity for a second transmission line to be built in Blaine County at Idaho Power’s request. Idaho Power represented in their application however that “The company is also not seeking to avoid or thwart any city or county permitting process”, but they sited the line in BC’s scenic corridor against our ordinances.

Now they are asking us $33 million to bury the line for them and also pay $5 million of their taxes for receiving this ‘gift’ from us. This is not our bill!!!

Tell your Blaine County Commissioners to go before the Idaho PUC and present their objection to this siting against our ordinances, as well as ask for a rate case on behalf of all ratepayers. Tell the Commissioners that this is not our bill to underground Idaho Power’s line and it is not the ratepayer’s bill to pay for $14 million of undergrounding in Ketchum!

Idaho Power makes money by building transmission line projects and earning a PUC-agreed rate of return on them from the ratepayers. Their compensation on a $68 million project is fantastic for them, but does not provide a solution of real backup power for us.

Idaho Power will be installing batteries, distributed generation, and microgrids in near future as that is where technology has evolved to and all other utilities are rapidly doing so. Their stance right now is like being the last utility to adopt computers.

The commissioners have absolutely been complacent. Blaine County should have participated as an Intervenor in case IPC- E-16-28.

'...as well as ask for a rate case on behalf of all ratepayers. Tell the Commissioners that this is not our bill to underground Idaho Power’s line and it is not the ratepayer’s bill to pay for $14 million of undergrounding in Ketchum!'

That's an odd position. On the one hand, you're advocating that ALL ID Power ratepayers (that includes ALL of us in BC) pay for the undergrounding, seemingly only up to Ketchum, but then Ketchum gets to pay for their undergrounding by themselves? I guess it all depends on YOUR property location?

You are exactly right! But this is the odd position that Idaho Power is taking at the same time- have ratepayers pay for undergrounding in Ketchum, but have Blaine citizens also pay for undergrounding a line sited against our ordinances. One can't logically make the two arguments in the same rate case; this is why a rate case at the PUC has to come first for Idaho Power before they ask us to bond or increase our electricity bills by 40% to pay for this line. You are right that ratepayers shouldn't pay for undergrounding in Ketchum and PUC's own staff testified to this - lmk how to provide you the document. And now batteries are 85% less than 10 years ago. The PUC in their decision said to continue to look at alternatives - the alternatives today are cheaper than $68 million and provide a real solution to backup power, not a non-solution. Idaho Power has never priced alternatives. We don't even need a redundant line. No one needs to pay $35 million to bury in the County, nor $14 million to bury it in Ketchum.

'Idaho Power has never priced alternatives.' They don't have to, Kiki. That is up to you and whoever else wants an alternate solution, and then to secure funding for it. If you want to go solar out in the flat land, miles away from the users, and address the 'sage grouse habitat' issue (which supposedly killed the alternate airport location, though I'm skeptical), then go for it! Get your funding! Where are you going to site the batteries? 'Close' is the only answer. The field between Ketchum and SV? Get your funding and go study it; lots of new residents in the valley that might be sympathetic to your program. It is not on ratepayer shoulders to provide special solutions. I see brownouts and blackouts N of Hailey if this continues. Did you see what happened in CA?