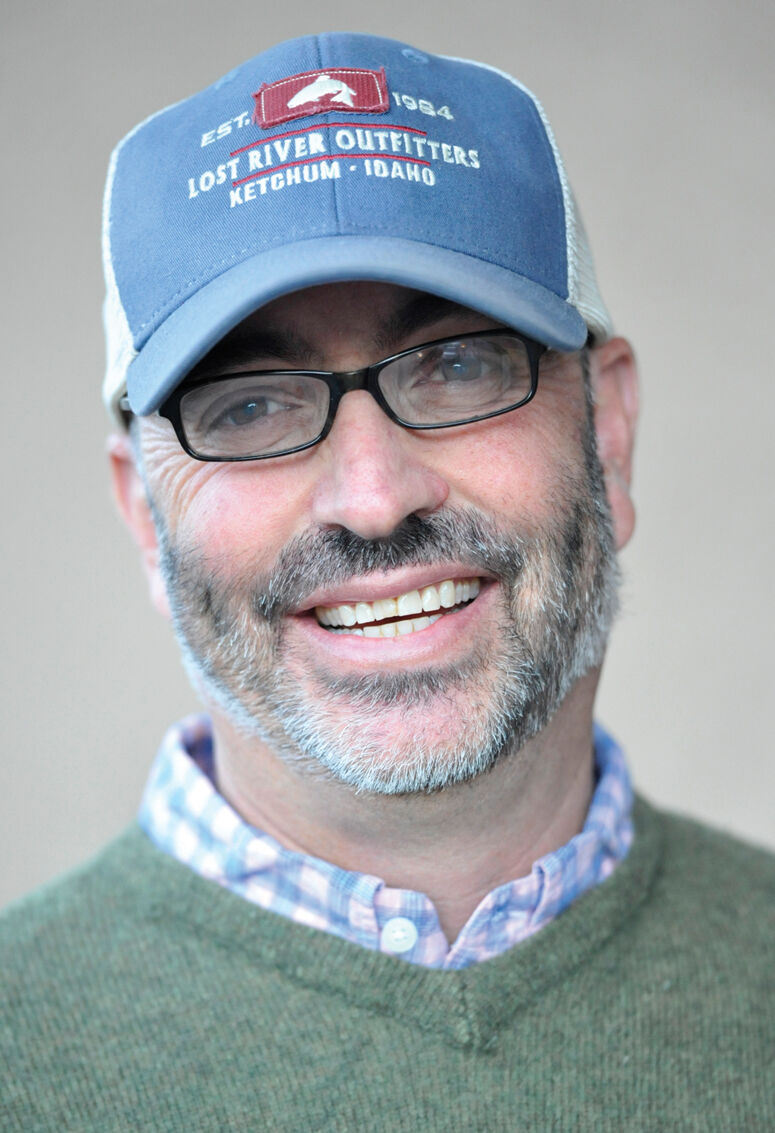 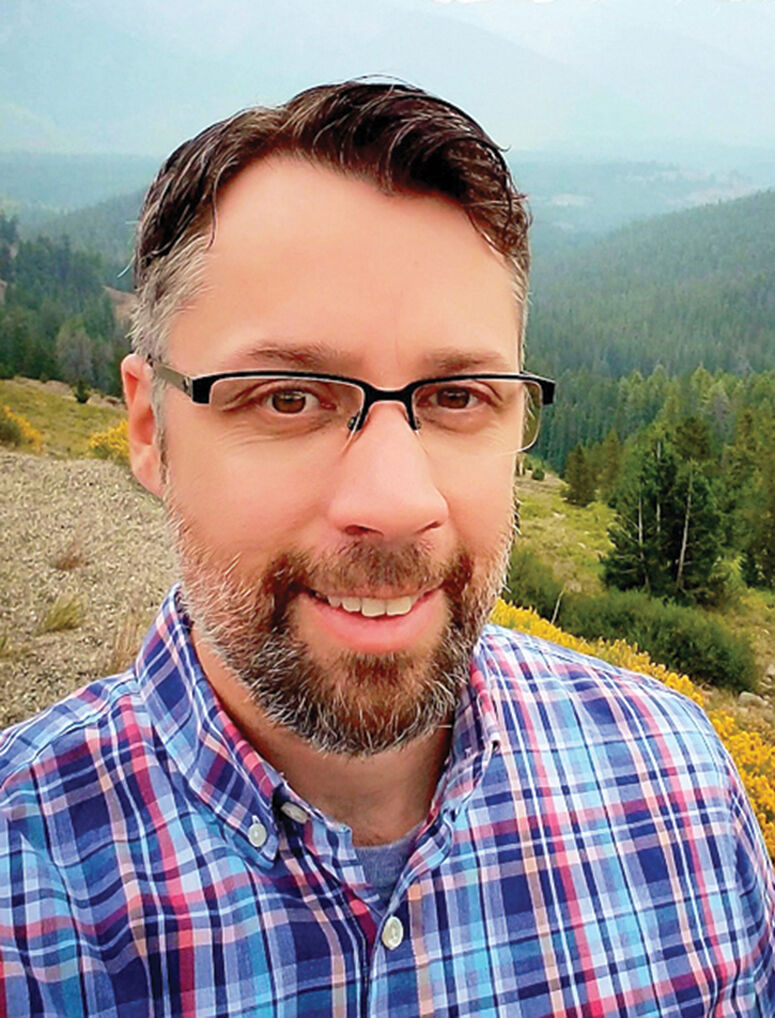 As Blaine County home prices continue to rise and renters increasingly find themselves without options, local leaders are forming a working group to address what officials have described as a housing crisis across the Wood River Valley.

“This is a house of cards. It appears to be OK on the surface, but we’re at a tipping point.”

“This is a very crucial moment, I believe, in the community of Blaine County. There are a lot of people who are desperate.”

A housing workshop hosted by the Blaine County commissioners on Monday gathered elected and nonprofit leaders from across the valley to discuss the situation and brainstorm potential solutions. The intention behind the workshop, Commissioner Jacob Greenberg said, was to begin working toward an action plan “that we can execute and actually get something done.”

Similar workshops have been held over the years, some participants noted—but recent numbers have given the issue even more urgency.

“I think there’s a lot of different options and we’ve kind of gone around them in circles over the past few years,” Ketchum Councilwoman Courtney Hamilton said. “I don’t know if we need to pick one and tackle it or come at it from all directions, but I think that we need to stop talking about it and actually go do something.”

The Blaine County Housing Authority has seen a “dramatic increase” in people seeking affordable workforce community housing, Executive Director Nathan Harvill told workshop participants. Many of those people are long-time renters who have been displaced by rising rents or landlords wishing to sell their properties, Harvill said. And for the first time since Harvill joined the organization four years ago, he added, there is a waitlist for temporary housing.

“This is a very crucial moment, I believe, in the community of Blaine County,” he said. “There are a lot of people who are desperate.”

That desperation has extended to employers, too. A number of businesses in the valley have been forced to limit their hours or service due to a lack of workers who can afford housing in the valley, said Harry Griffith, executive director of Sun Valley Economic Development.

“This is a long-term problem, and it needs long-term solutions,” Griffith said.

One of those employers is the Blaine County School District, Trustee Gretchen Gorham told workshop participants. Several new teachers have accepted positions in the district in recent months, only to go back on their offers because they couldn’t find housing, Gorham said.

“We are just desperate,” she said. “We’re going to have a shortage if we can’t get these [teachers] housing. We are really in crisis.”

“I’ve attended several meetings like this one and sometimes they’ll produce a little bit of momentum, but oftentimes it just fades off and we’re back in the same situation,” David said. “This is a house of cards. It appears to be OK on the surface, but we’re at a tipping point.”

Hiking alone this weekend I recollected headline says County forms housing group. But, Gretel wrote the County said IS forming a working group, then subsequently, later: "That desperation has extended to employers, too."

Then, per usual, a number of businesses in the valley have been forced to limit their hours or service due to a lack of workers who can afford housing in the valley, said Harry Griffith, executive director of Sun Valley Economic Development. Notably, as is the practice, no names, no facts, no localities, per usual, though I recall Mr & Councilwoman Griffith recently attempted to move a building envelope in Sun Valley for a new home.

My question (and I don't know why the press doesn't ask it) is when are some facts, some names, some businesses, etc., etc. going to be introduced into this discussion, and when are the employees of Blaine County going to stop making policy for the rest of us...? Only a few years ago, the housing folks said there was land available for another 9,000 units. Is that number being ignored....?

“This is a long-term problem, and it needs long-term solutions,” Griffith said.

Potential solutions: A bond issue by the County for affordable housing; tapping the wealth in the community to buy investment property with an ROI that maybe low, but with other benefits attached; build on available land (the parking lot in Ketchum behind U.S. bank. Other ideas out there from those who know about housing?

@jima - What if I don't wanna live in Ketchum, Doc? I just want to ride the bus 11 miles to work and live in non-noisy Hailey, or even near the open spaces of B. County, like Hulen Meadows.... And, why pass a county bond to develop Ketchum....? Maybe, instead we should take a look at land assessments that don't come even close to matching market values. I mentioned it to the Assessor as related to a below-market-value development of a hillside parcel in Elkhorn, and he laughed at me. Said county doesn't look at market values.... I didn't know that, but have concluded if that's the case, it's the zoning folks we should be talking to...? Nice hearing from you, Jima, per usual; how's life "up north"/

Am I the only one wondering why the city of Ketchum is beginning a $9 million fundraising campaign to purchase a 64 acre park and preserve at Warm Springs Ranch which doesn't include any workforce or affordable housing? If ten acres could have been taken and used for community housing, it would make a difference. Ketch I and II recently sold for $9 million, and has thrown dozens of people into a price gouging rental hole. A group of community investors could have purchased that property.

A recent opinion piece by the BC Housing Authority, called for a Housing Investment Fund, where a number of housing options could be funded to provide for much needed housing. This five alarm crisis has been coming for decades, action is needed now, not more talk. We have the resources in this community to solve this problem, do we have the will?

@7continents So well stated and conckuded; time is ripe also to support with truthful facts.

I am concerned at the lack of hard data in this article. Was any hard evidence introduced relative to the "affordable" shortage, where specifically it exists by community, incomes of those affected, family sizes of those who need accomodations, and remedies? I am specifically concerned by bureaucrats recently espousing policies referred to as "dont let the perfect destroy the good" in absence of credible data. To me, such rhetoric reeks of Marxism.

So, the local governments feel it's their role to try and change the dynamics of a free market? Housing prices are set the market, by the dynamics of supply and demand. No one has a "right" to live in the most desireable places, like oceanfront property. The "right" is to be able to buy in if you can afford it. That right exists in the WRV.

To offer subsidized housing is not a role for government. It's but another step toward Socialism and the destruction of the American way of life. Isn't it interesting that the public support for the new animal shelter was easily obtained, yet no one is stepping up to buy housing for other people? The people have spoken. Some want a free lunch, but who is going to pay for it? More Federal grants - which puts pressure on rising taxes for everyone?

Folks, this is all about yet another iteration of wealth redistritbution. In other words, Socialism. Is that what you want? Politicians "buying" votes by giving away "free stuff?"

The U.S. Supreme Court ruled people have a "right" to sleep on the sidewalks if an alternate is not provided by the city (Boise).

Absolutely...the only time I've yielded my Right To Sleep is when I joined the Army.

Socialism - always the sneering word used when it comes to sharing resources with others. Destroy the American way of life? The American way of life was most successfully built around democracy, equal opportunity, and free (but not socially destructive) enterprise. Get the new Fortune Magazine, about corporate responsibility, B Corporations, and other community oriented programs designed to sustain a healthy, productive environment through shared wealth. It is now being acknowledged as the only rational way to run a long-term healthy economy. Reread Adam Smith. Forget Milton Friedman who was the Gordon Gekko of the academic world chasing greed. It is possible to have something like "socially-oriented capitalism" where you keep both the baby and the bath water. To make your living, have you ever used public transport, public roads, public resources, public education? Have you ever used a federal program as Earl Holding once did to enlarge his wealth? Have you ever had the courage to put yourself in another person's shoes and realize how inimical to society it is to be poor and unable to use your talents? Get a grip.

Seems to me that taxes are not sharing. They are not optional. It's called "wealth redistribution."

And, yes, to your question I have used public roads. I have also paid far more than most others have in the construction and maintenance of those roads. Kind of like teh County bike paths. Guess who paid for the majority of those?

@jima - I think you're overly sniping when you analogize socialism v. capitalism, though to your credit you cited Gekko, who along with Rand has becoming very respected in Capitalistic circles. Again, I think the local argument is less about local economics than about local zoning, i.e., Location, notwithstanding the shallow preaching from the their hillside perch by The Griffiths and their ilk. I am concerned by the philosophy of Blaine County employees adopting policies of "Don't Let The Perfect Become the Enemy of the Good." Your ideas in that regard, please...?

@Downhiller - Respectfully, Nah. The first issue is land use aka Zoning. That's also the last issue....