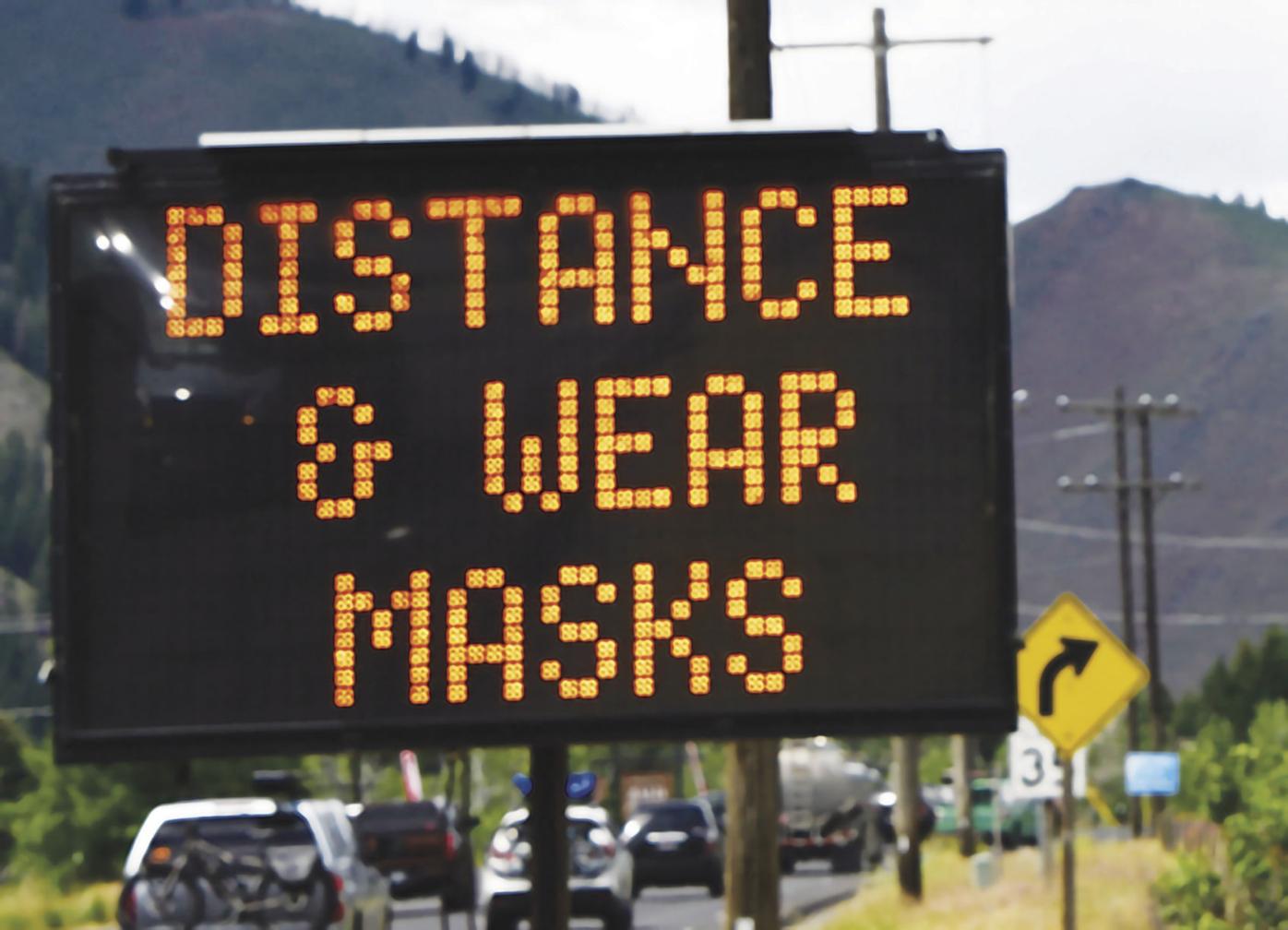 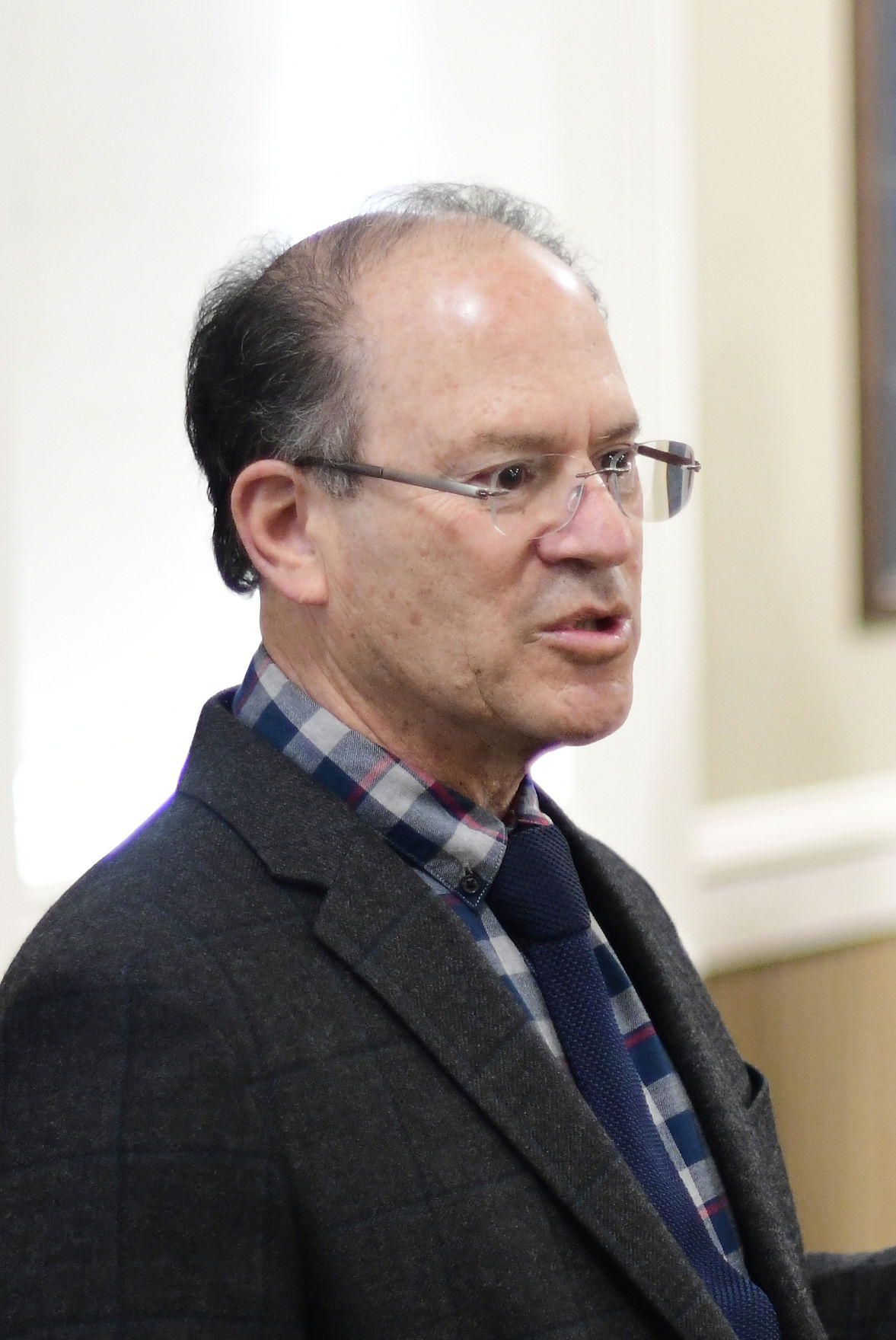 The Blaine County commissioners on Tuesday passed a resolution to encourage the use of face coverings, opting not to pursue a more aggressive ordinance that would have legally required people to wear masks in public.

The commission is the first governing body to consider and approve the resolution. The Hailey City Council is expected to consider the resolution at its meeting Tuesday evening and the Sun Valley City Council will discuss the matter at its Thursday meeting. Agendas for upcoming Ketchum and Bellevue city council meetings were not yet available as of press time Tuesday afternoon.

Last week, the county commissioners told the Idaho Mountain Express that they would be in favor of implementing an ordinance that would require the use of masks or face coverings in certain public settings. But in a meeting Friday, the mayors of Hailey, Ketchum, Bellevue and Sun Valley came to the consensus that they would prefer a resolution over an ordinance, Commissioner Angenie McCleary told the other commissioners on Tuesday. Local law enforcement had also expressed concerns about an ordinance legally requiring mask use, Commissioner Jacob Greenberg said.

The county could implement its own ordinance without the approval or cooperation of city leaders. But a county-only ordinance would apply only to unincorporated parts of the county—not its cities—rendering such an ordinance largely useless.

The resolution passed Tuesday doesn’t require people to wear masks when they’re in public, but it does state that the county expects every person to “wear a face covering that completely covers the person’s nose and mouth when the person is in a public place and others are present.” The resolution goes into effect immediately and expires on Aug. 31.

“I have been very concerned, as we all are, about the growing number of COVID-19 cases in Idaho and around the country,” McCleary said. “As I’m seeing cases increase, I’m trying to figure out what we may be able to do locally before we get into a difficult situation again.”

“I’m really concerned about people who are coming to visit and misunderstanding that you don’t have to [practice safety measures] here and jeopardizing what we’ve done so far,” Greenberg said.

The resolution includes exceptions for certain people and situations, such as children under age 5, people with medical conditions that prevent them from wearing a mask, people who are hearing-impaired or communicating with a person who is hearing-impaired, on-duty law enforcement officers and others “for whom wearing a face covering would create a risk to the person related to their work,” those who are “obtaining a service involving the nose, face or head,” people eating or drinking at a restaurant and people engaged in outdoor or indoor exercise so long as social distancing guidelines are followed.

Official local guidance on mask-wearing could be helpful to local businesses that are considering implementing mask rules of their own, suggested Dr. Terry O’Connor, medical director for the Blaine County Ambulance District.

“I feel like a lot of concerned business owners are looking for support for something that they want to do,” O’Connor said. “They want to ask their patrons to wear masks, but they don’t feel like they have good support to do so.”

While the commissioners have opted for now to stick with a resolution, they indicated in their meeting Tuesday that they have not eliminated the possibility of taking stricter measures down the road if the resolution is not effective.

“This could be a first step, or it could be left simply as a clear message to the public for what we expect,” McCleary said.

“You could do something, but the compliance would be terrible,” Little told reporters, noting that the number of people wearing masks in Idaho has “gone up astronomically” in recent months without a mandate. “We’ve got a way to go, but mandatory masks don’t make sense for a lot of Idaho.”

At the start of the COVID-19 outbreak in Idaho, Blaine County and its cities chose to implement additional restrictions on top of the state’s self-isolation order. That could happen again if the number of cases in the Wood River Valley sees another spike, Commissioner Dick Fosbury said Tuesday.

“If people refuse to wear masks and we get a high level of infection again, with the governor’s support we’ll need to go back to a shutdown,” Fosbury said. “Nobody wants to do this. We can work around this if people will do very simple actions. And face coverings and masks are a part of that.”

“I’m really concerned about people who are coming to visit and misunderstanding that you don’t have to [practice safety measures] here and jeopardizing what we’ve done so far.”

Come on Ketchum... let’s not let it get out of control here

Valley County (McCall/Cascade) turned people around at the airport if they were not conducting essential business. Why won't our spineless county officials do this?

“Suggestions” and “recommendations” to wear masks do nothing, sorry.

The county seems to be taking the Trump/Spence approach on this incredibly serious issue-basically recommending i.e. a namby, pamby, toothless resolution on masking, whereas the Hailey Mayor and Council have the balls to mandate a move that will actually save some lives. We got hit harder than just about anyplace last winter and by taking some drastic action did a pretty good job of recovering. Summer high season is now upon us with people from major "hot spots" again descending upon us. Also, Jerome and Twin Falls, large sources of our labor and services are now major Covid "hot spots" which was not the case last winter. As such, it is obvious the county and our other cities need to follow Hailey's move on this issue.

toothless, unenforceable and bound to cause more division. well done. its America , or was. go to the dictionary and read FREEDOM. live free or die. be brave or stay home.

Would have refused to black out his windows at night during the blitz in London.

Businesses want the support of the government. Mandate masks indoors and take all the ambiguity out of it. Without a mandate, all you're doing is setting stage for daily confrontations with idiots.

I hope we didn't sit at home for ten weeks this spring in order to do it all over again. It's going to take a little more than #ketchumkind to fight this virus and save the future of our town - please have some balls and do the right thing, Ketchum!

Ketchum kind is good. But there are about 25% who are NOT kind. They are the ones that slow business down

its gonna take you getting a bit more courage and possibly getting it and getting on.

Not wearing a mask doesn't take courage, it just takes a below average IQ and a disregard for your fellow citizens.

New York placed Idaho on their no travel list . We are not permitted to travel to NY ! Maybe Idaho should follow the NY state order ! They are pouring in un masked and infected with covid . Wash , Ut , Fl , Cal , and other hot bed spots should be banned from entering Idaho and for sure Blaine Co. Our hard work we did in April May June stay at home order has been reversed and we have community spreading again .

Whenever a problem is framed whether or not to do something, we are probably asking the wrong question.

https://tidwellcommissionercampaign.files.wordpress.com/2019/11/10.23.19.pdf. (see my published column posted on my website). In my public comments to the Commissioners yesterday I said that the question that we actually were trying to solve is 'how do we keep from shutting down again' and 'how can we help our citizens stay safe' and that we need to look at the full range of tools available to us now. But first, we need accurate information on which to base our decisions. Workers who work in the County but live somewhere else are not counted as cases here when they get sick. Second home residents are not counted if they are sick here, even if they live here half the year. How can we make decisions if we don't know really on how many people are getting sick here? We need that data. We also need metrics on the S Idaho Central Health District's contact tracing. We need them to report things like 1) how fast they followed up on a new case (hopefully within 24 hours), 2) how many people they contacted who may have been exposed 3) how many were potentially exposed. Active contact tracing will be a key tool to limit the spread of the virus but we don't know how effectively it is being done right now. Another tool is inexpensive, or free, easily accessible testing for both live virus and antibodies. We still don't have that either right now. I found out a day ago that I was in a Commissioners regular meeting March 10th with a County employee who was presenting and who was obviously very sick actually had the virus at the time. No Commissioner said please go home as you are obviously sick. She continued to interact with the public for days after that, exposing many to the virus and I don't believe any of us were contacted to warn us that we had been exposed. I certainly wasn't and Commissioner Fosbury said he also just learned about this a day ago too. We have to look at all the tools in our toolkit to craft a real solution to keeping people safe which includes the County requiring sick employees of theirs not to come to work, and people not just looking the other way when they do, getting the actual real data on who is getting sick here, aggressive contact tracing followup with metrics public reporting, and abundant available testing. Authors Chip & Dan Heath tell us that whenever we frame a question too narrowly, say 'should masks be required', we get stuck in one way of thinking that keeps us from thinking of other options that could help us to solve for what we really want to solve for.

I see why you are trying to be a "career" politician....lotsa time on this ones hands.... #eyeroll

So...you really don't have anything worthwhile to offer, but like to hear yourself type?

Wearing a mask when you are in close proximity to others is a small ask. If we want to keep our economy rolling, masks help. If we want to protect our health care workers, masks are the way. If we want to respect those of us who have higher risk for this novel virus, wear a mask.