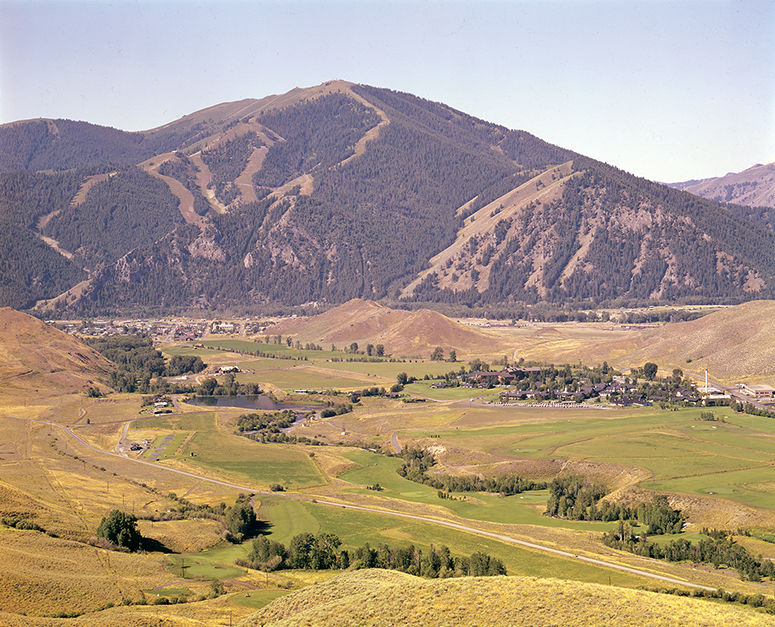 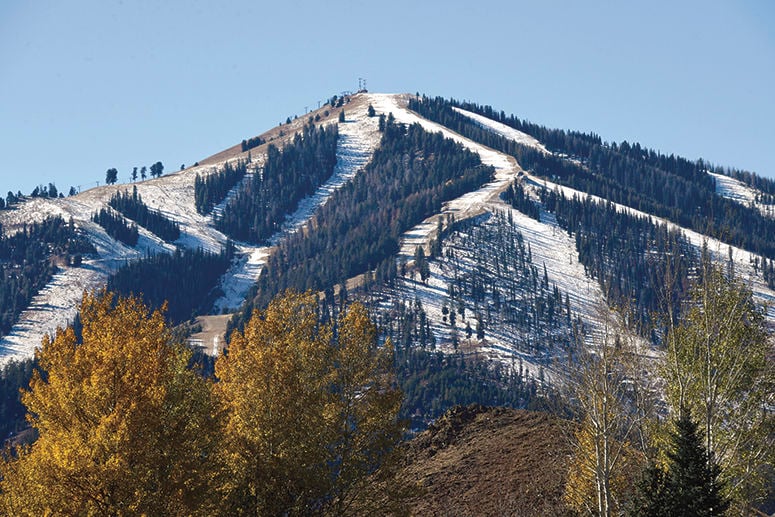 This photo of Bald Mountain on Oct. 25 shows where trails have been cut and trees have been thinned, center.

This photo of Bald Mountain on Oct. 25 shows where trails have been cut and trees have been thinned, center.

Dwarf mistletoe and Douglas fir beetles aren’t a new nuisance to Bald Mountain. They are both native to the mountain, according to the U.S. Forest Service. However, as the tree stands have grown more drought stricken and more mild winters have allowed bark beetle larvae to survive the winters and hatch, the forest on Baldy has become more susceptible to disease and infestation, creating what some are calling an urgent situation that can impact the future of the mountain, as well as its surrounding towns.

Bill Rush was a forest recreation manager for the Forest Service at the Ketchum Ranger District from 1975 to 1979, and during that time he said the primary focus on Bald Mountain was “hazard-risk assessment,” essentially maintaining the safety of runs and equipment on the mountain for skiing and recreational use.

In an interview with the Idaho Mountain Express last week, Rush reflected on a discussion that took place at the Ketchum YMCA on Oct. 21, where he commented that bug infestations have taken over the role that wildfires use to have in the evolution of forest health. Rush said that it is time to consider a “holistic approach” to rebuilding the resiliency of the forest. He was part of a group of roughly 25 people who gathered to talk about Bald Mountain’s future forest health as part of a community coalition.

The coalition was formed from residents who attended two meetings open to the public, hosted by the National Forest Foundation and the nonprofit Idaho Conservation League. The meetings centered around getting the public involved early on in a proposal being put forward by the Forest Service for a stewardship project on Bald Mountain and the surrounding areas between Warm Springs Road and Greenhorn Gulch, roughly 7,000 acres total.

“We’re trying to front load this project, so people are informed,” said Forest Service Recreation Programs Manager Zach Poff at the Oct. 21 meeting. His position is with the Ketchum Ranger District.

The discussion brought together business owners, elected officials, conservationists, Sun Valley Co. employees, BLM staff, Forest Service rangers, students and members of the general public to talk about how the still-ambiguous “community coalition” could serve in the Forest Service’s efforts to inform the community ahead of a public comment period. That period will likely begin in the second half of November (to receive a notification from the Idaho Conservation League on when the public comment period opens, text 52886 with the words IDAHO LAND).

Although insects and diseases have always been present on the mountain, the successful methods of mitigating wildfires (thanks to an increase in equipment and advanced technology), the prolonged durations of drought and the overall maturity of the Douglas fir trees on the mountain have created prime conditions for bark beetles and pathogens to thrive. Many of the tree stands on the mountain are upwards of 100 years old with trunks between 35-42 inches wide, according to Laura Lowrey, entomologist for the Forest Service.

And then the Castle Rock Fire hit.

The Castle Rock Fire consumed approximately 48,000 acres on the Sawtooth National Forest and adjacent state and private lands in late August 2007, leaving thousands of acres of fire-damaged trees and making them much more susceptible to bark beetle attacks, according to a 2010 biological assessment for the Ketchum Ranger’s District, written by Lowrey.

“The Douglas-fir beetle is a bark beetle that is the most likely to develop to that extent in the vicinity of the Castle Rock Fire with the potential for undesirable amounts of tree mortality beyond the fire’s boundaries,” Lowrey stated in the evaluation.

The Castle Rock Fire, followed by the 2013 Beaver Creek Fire, created “an island of green surrounded by a significantly burned forest. The result has been an exponential increase in bark beetle infestation on the Bald Mountain area,” a handout from the National Forest Foundation about the proposed stewardship project states.

“Dwarf mistletoe has also taken hold, further weakening the ability of trees on the mountain to withstand beetle infestation.”

Lowrey wrote that Douglas fir-beetle outbreaks typically last between three and six years but can be prolonged for several more years if there are other weakening factors such as drought, as is the case on Bald Mountain and its surrounding areas. In addition, Lowrey wrote that outbreaks can occur up to four years after a fire, if the right conditions for the beetles to thrive are present.

In an interview this week, Lowrey said that a synthetic pheromone patching project that deters beetles from infesting trees was used on the mountain since 2005 to mitigate the spread of bark beetles, but said the patches were “band-aid applications” that had to be reapplied each year because the environment is accommodating to beetle populations growing and spreading.

Between 2005 and 2019, more than $904,000 was spent on this treatment, with funding from varies entities including Sun Valley Co., according to Poff.

Lowrey confirmed that the beetles play a natural role in the forest by weeding out weak trees, but the current outbreak is unfavorable to forest resiliency. With the stewardship project, Lowrey said that the end goal should be “resiliency of ecosystem processes,” ensuring that there is a management system in place that can create some open space for increased sunlight and can create high diversity of age, species and size classes on the mountain, to limit the likelihood of parasitic and insect infestation.

At this point, a clear forest health treatment plan has not been cemented, and the community coalition will continue to meet and collaborate with the Forest Service as they lead the stewardship proposal.

Those wanting to provide their opinions now can send emails to Poff at zachary.poff@usda.gov or send letters to the Ketchum Ranger District, Box 2356, Ketchum, ID 83340. In addition, those who want to be kept abreast of the National Forest Foundation’s efforts can email Dani Southard at dsouthard@nationalforests.org.

Fires don't weaken forests, unless there's been decades of fire suppression, and then the fires are much more severe, sterilizing the soil. Fires renew forests.

I would like some back up proof that mild winters and drought are real. Lets see some data on that before you just throw it out there as fact!