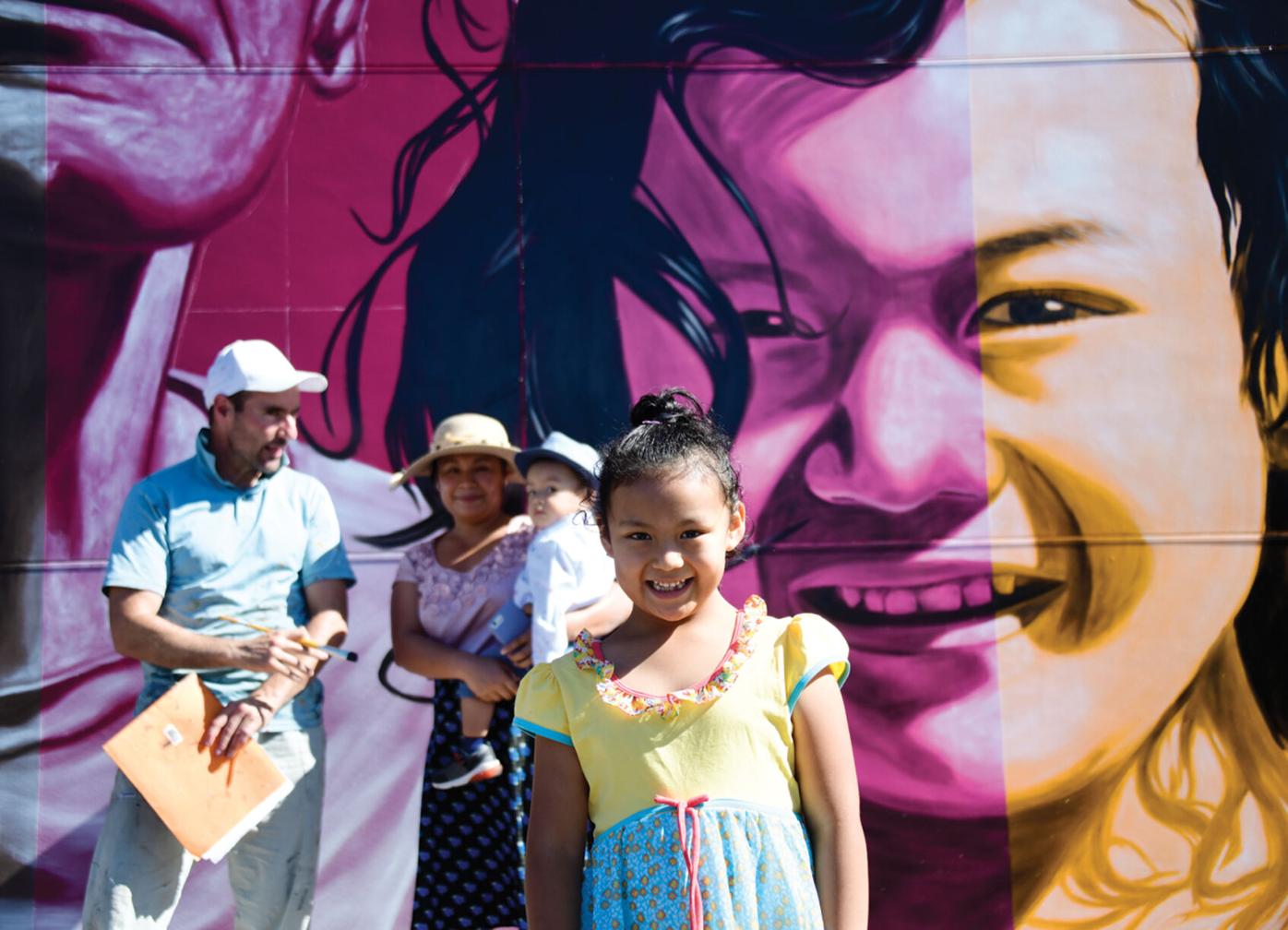 Hadi Cuadros stands in front of her larger-than-life portrait on the new Bloom Community Food Center in Bellevue, painted by Spanish artist Rafael Blanco. Her mother, Migdaelma Cuadros, and brother, John, look on. 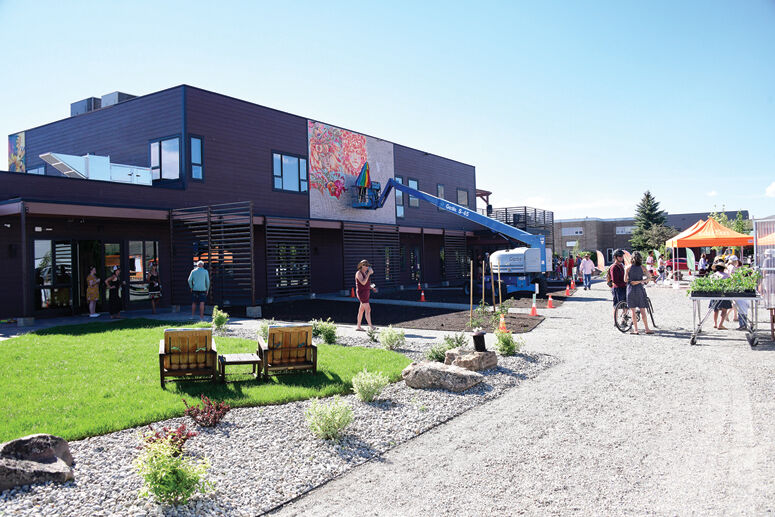 The Hunger Coalition opened its new building in Bellevue on Friday, June 4.

The nonprofit Hunger Coalition held a grand opening on Friday, June 4, debuting its four-acre Bloom Community Food Center in Bellevue with public tours of its new 13,000-square-foot building and greenhouses and, of course, free food.

“A big part of what we want to do is draw people here,” said Hunger Coalition Operations Director Brooke Pace McKenna during a tour of the new facility. “It’s easy to get people together to share a meal.”

The $5 million facility is modeled on Community Food Centres of Canada, McKenna said, which was founded in 2012 to “build health, belonging and social justice in low-income communities.” The nonprofit, which encompasses a food pantry, farms and a range of outreach programming, seeks to bring the same to the Wood River Valley.

The Hunger Coalition, now at 110 Honeysuckle St. in Bellevue, has been working to meet the nutritional needs of Blaine County residents for many years, switching to curbside pick-ups during the pandemic. The organization has a staff of 20 and as many as 65 seasonal volunteers.

Hunger Coalition Program Coordinator Sloan Storey said the new facility will offer a “smart choice” food ordering system that will allow clients to order packages of food online with specific options for produce, canned goods and other food, then come by to pick it up. But the new facility focuses on more than food, featuring a new community kitchen, childcare area, “next generation” food pantry, reception room and meeting space and a second floor of offices.

Along with free food and guided tours, Hunger Coalition staff provided walks at the grand opening that featured vantage points on several large mural paintings taking shape throughout the afternoon. Artists had arrived earlier in the week from around the country to paint the murals.

“It’s easy to get people together to share a meal.”

“The murals are a beautiful collaboration for our community that will inspire hope for growth, gardening, connection and change,” Vega said.

“We have already cut broccoli from the greenhouses and given it away three hours later,” Petty said.

In 2020, Blaine County had the fifth highest food costs in the nation, according to the nonprofit. Last year the organization provided sustenance to four times the usual number of clients. That amounted to 1,274 individuals in one week during the height of the pandemic.

The Hunger Coalition supplies food to people through a food pantry, food truck and community farm. The website states that 8,000 locals struggle to buy “good food.”

Development Manager Krista Fenton said the financial success of the Hunger Coalition stems in part from networking with the Wood River Women’s Foundation and Spur Foundation, which provided introductions to new donors, as well as some high-profile coverage in The New York Times and Bloomberg News.

Fenton said Forbes magazine has also taken an interest in the nonprofit organization and will be taking regular reports from The Hunger Coalition for website articles on its progress.

Hunger Coalition Executive Director Jeanne Liston, who took over the reins of the organization in 2004, cited the nonprofit’s high listing on Charity Navigator, a third-party watchdog, as a factor driving interest from donors.

“I had no idea when I started here how much it would grow into,” Liston said.