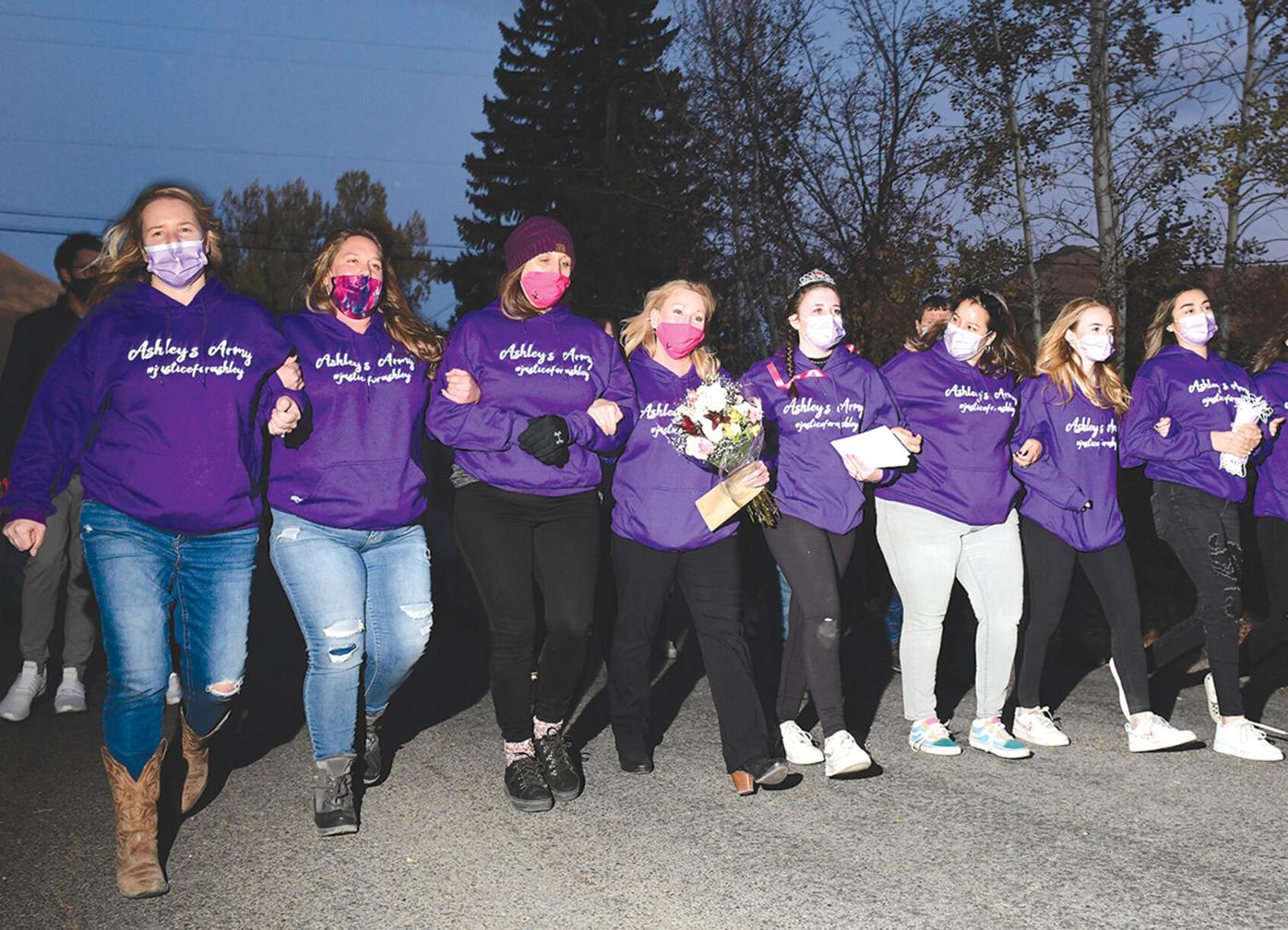 Family and friends, including sister Desiree Midby and mother Karen Tackett, led a vigil of remembrance for Ashley Midby on Friday in Bellevue. 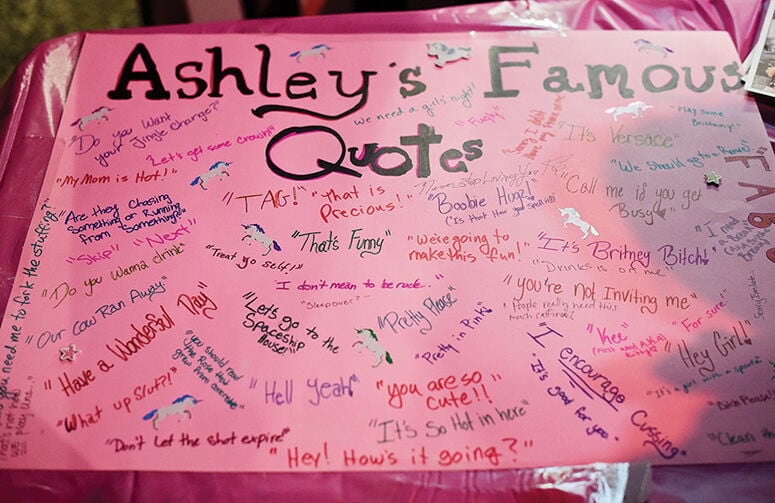 The vigil celebrated Midby’s life, with many in attendance taking the opportunity to remember their favorite of “Ashley’s Famous Quotes.”

Family and friends, including sister Desiree Midby and mother Karen Tackett, led a vigil of remembrance for Ashley Midby on Friday in Bellevue.

The vigil celebrated Midby’s life, with many in attendance taking the opportunity to remember their favorite of “Ashley’s Famous Quotes.”

Bellevue residents held a vigil for Ashley Midby outside the Coffee Corner cafe on the city’s Main Street Friday evening, where coffee drinks, solace and smiles were offered to her many friends and customers.

“Ashley built a family and a community in that coffee shop,” said Ashley’s sister, Desiree Midby, 27, in an interview with the Mountain Express. “She was full of love and a fighter.”

Midby, 34, died during an apparent murder-suicide that also took the life of Jared Murphy, 28, a Bellevue mayoral candidate and Hailey police officer. Their bodies were found in an office adjacent to the cafe on Oct. 22. Both appear to have died of gunshot wounds, Idaho State Police reported.

Hundreds turned out at dusk around bonfires for music, speeches, food, hugs and community support following a tragedy that has shocked the city. The event was upbeat, focusing on the life of a woman who brightened the days of many.

“She was the kind of person that always knew who you were and what you were up to,” Fletcher said.

“We are here to support the community and help with healing,” Colla Voce Choir Director Max Stimac said.

Details about the incident that led to the deaths remain slim. Midby and Murphy were “well known to each other,” Idaho State Police said in a statement, but investigators have not said who is thought to have carried out the apparent murder-suicide or whether any weapons were found at the scene. ISP spokeswoman Lynn Hightower told the Mountain Express on Tuesday that she did not have any additional information to share regarding the case.

At Coffee Corner, photographs of Ashley Midby and her many friends were spread across tables and attendees were invited to leave thoughts and prayers in and around the coffee shop. Midby’s favorite sayings were posted, too: “We are going to make this fun,” “Let’s go to the spaceship house” and “Call me if you get busy.”

As the evening progressed, it became apparent that Midby had an impact on many people. The city’s first responders blew their sirens as they passed by the gathering. Fireworks were set off after dark. During the night, members of the Hispanic community had been leaving glass prayer candles—veladoras—in the windows of the coffee shop.

There will be a day to discuss the story of what transpired on the night of Oct. 22, members of the Midby family and Ashley’s close circle of friends said, but not on Friday. The focus for now, they decided, should be on Ashley—who she was as a person and what she stood for.

“Ashley always put others before herself,” Desiree Midby said. “She could turn anything negative into something positive.”

An earlier version of this article misquoted Desiree Midby. “Ashley always put others before herself,” Midby said, not "herself before others."

“Ashley always put herself before others. She could turn anything negative into something positive.”