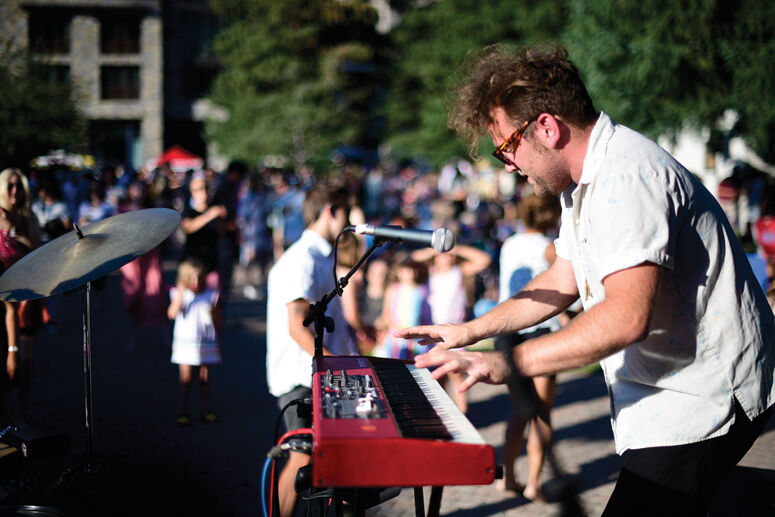 Strange Hotels brought the party back to Forest Service Park during Ketch’em Alive. 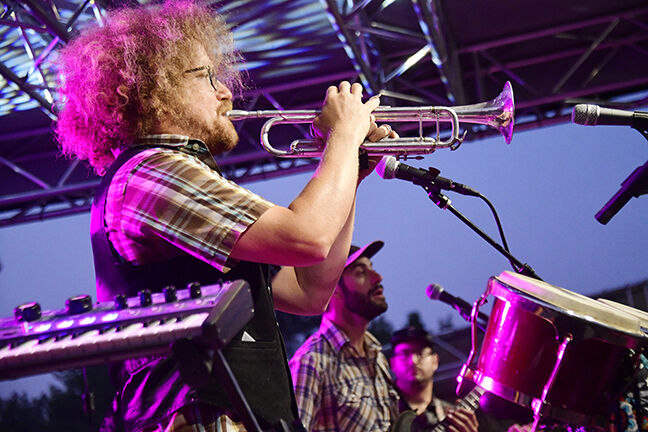 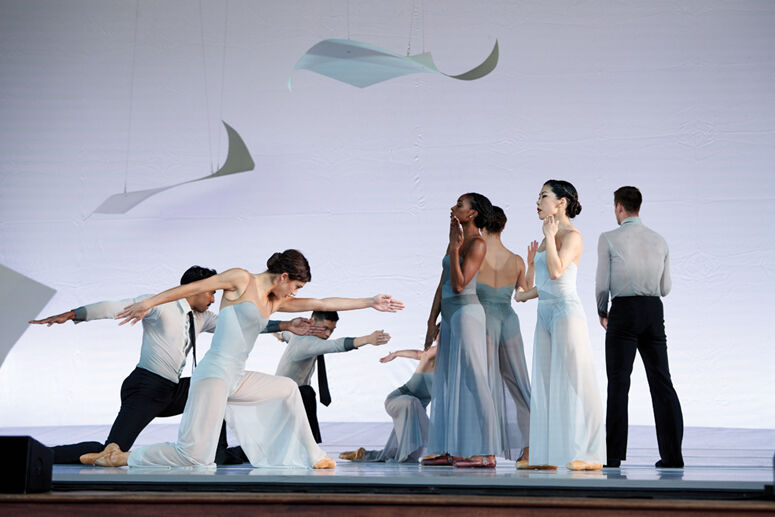 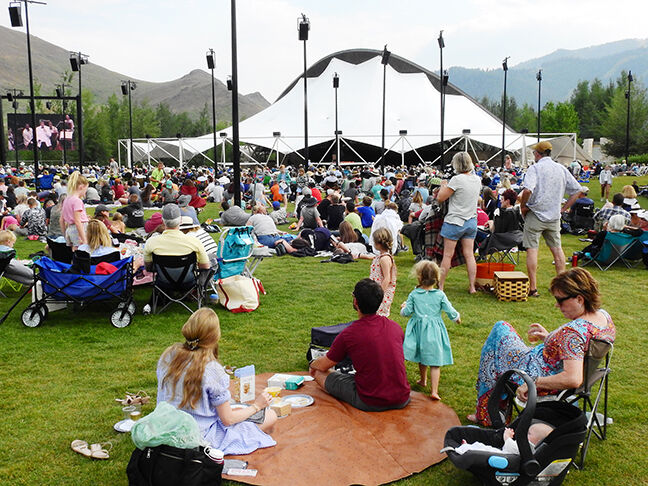 One of the more mysterious powers of art is its ability to bring communities together. And one of the more difficult parts of the past two years has been leaving that behind.

Thankfully, in the summer of 2021, some of our favorite local events came back in a big way. Now, as you’re cuddled up at home, with Omicron creeping at the fringes in what seems like a never-ending “Groundhog’s Day” time loop, let’s relive some of the fun we had in the summertime, perhaps a break in the storm.

Ketch’em Alive rose from the dead, providing free live music for the area. All summer long, people pulled up lawn chairs, breathed in the warm mountain air and jammed to some righteous tunes.

The lineup made up a who’s who of local favorites. Tylor & the Train Robbers, Hogan & Moss, Old Weird America, Andrew Sheppard, Strange Hotels, We are Stardust, Opskamatrists, Blue Flames, Hurdy Gurdy Girls, Brad Parson’s Band and Ashleigh Flynn & the Riveters all made appearances.

Dancers from Ballet Sun Valley performed for the first time in two years at the breathtaking outdoor pavilion.

The country’s best danced over four dazzling nights, July 12-13 and Aug. 22-23. The pieces ranged from modern favorites to classic repertoire.

“Program B: Artists at Altitude” followed on Monday, Aug. 23. This gala-style show features six performances ranging from about five to 25 minutes, classical to contemporary. Martin West, conductor of San Francisco Ballet Orchestra, served as the music director of the festival musicians.

The Road to the Summer’s End Concert Series descended upon Hailey July 23-24, with more than two dozen bands playing 22 hours of live music at Lions Park.

On what is usually a quaint softball field, music entrepreneur “Dr. Swan” (a.k.a Luke Henry) constructed a booming two-day mini music festival south of Croy Creek Road. Situated right next to the Big Wood River with lots of shade, the scenic venue was a great location to honor the brevity of summer. Campers stayed at both Lions Park and nearby Hop Porter Park.

Though acts traveled from all over the country to perform, the concert series also showcased its local music community with such bands as Olivia & the Sundog, Side Hustle and Spike Coggins & the Accused.

Even after the scheduled concerts finished at night, the party did not stop. The Red Shoe hosted late-night shows. On the first night, Send Help!, Mikayli and Skylimit provided beats. The second night, Boot Juice and Hand Trembler rocked out into the night time.

“This year, with life and music starting to come back, I wasn’t really sure if COVID was going to be around,” Henry said at the time.

So he took all 60 bands he’d booked for 2020 and split them up between two weekends. The Road to Summer’s End Concert Series was the first, followed by the second annual Summer’s End—The Draper Rendezvous in late August.

Scott Law, Brad Parsons and John Craigie blessed the stage with some sweet country and folk tunes. Artists-at-large Alyssa Joy Claffey and Cruz Contreras added to the spontaneity of the weekend.

Kristine Grazian, a volunteer for the festival who has worked in the music industry for more than 20 years, said she cherishes collaborating with Summer’s End founder Henry.

“The heartfelt love and care that goes into throwing this event by all of the organizers makes this festival feel like you’re coming home to a festival family that genuinely cares about you and nurtures a safe, positive and accepting environment where you are yourself,” Grazian said. “Everyone is so kind and loving, it just feels like a family reunion every year.”

“My hope is that people disconnect from their devices and connect with the present and the feelings that they’re feeling,” Sides said. “Meet new people. Enjoy each other. Life is too short. Have fun. Music is movement. Music is life. It’s a gift to be with people.”

The Sun Valley Music Festival returned on July 26 with guest violinist Vadim Gluzman sitting in with the orchestra.

The festival kicked off the season by indulging in a classic, the “Star-Spangled Banner.” Gluzman, a superstar in classical circles, joined the group with his marvelous 1690 Stradivarius. Together, they performed Mozart’s Concerto No. 3, a delightful piece from the composer’s youth that showcased the elegance of Gluzman’s instrument. The night closed out with the final symphony of Franz Joseph Haydn, “London,” highlighting the composer’s quintessential wit.

July 27 brought “Appalachian Spring” and the Prague Symphony. Initially constructed as the score to Martha Graham’s eponymous ballet, “Appalachian Spring” demonstrated a pure American sound. Mozart’s “Prague,” an ode to a city that showed him veneration, was a sparkling celebration.

Gluzman returned on July 29 for a recital of chamber music with festival musicians. From Igor Stravinsky’s ballet “Pucinella,” they presented “Suite Italienne,” an arrangement for violin and piano. Then they performed “Souvenir de Florence,” the only sextet Tchaikovsky ever wrote, named for the city that inspired the melody.

July 31 was a night full of Beethoven’s epic proportions. The composer’s “Eroica” elevated the medium, seen by many as the shift from classical music to romantic music. With the ambition to convey such themes as heroism, despair, mourning and triumph, the piece was breathtaking. Beethoven’s “Overture to the Creatures of Prometheus” concluded the night.

"It’s just great to be doing it live again.”

Aside from art, there were also food trucks and live music.

“This year, especially, I want the Wood River Valley community to experience togetherness,” event planner Art Daves said. “We are all so excited to be able to contribute to events and public gatherings and to get back on track again. The artists are excited too because they missed it for a year and a half. It’s just great to be doing it live again.”