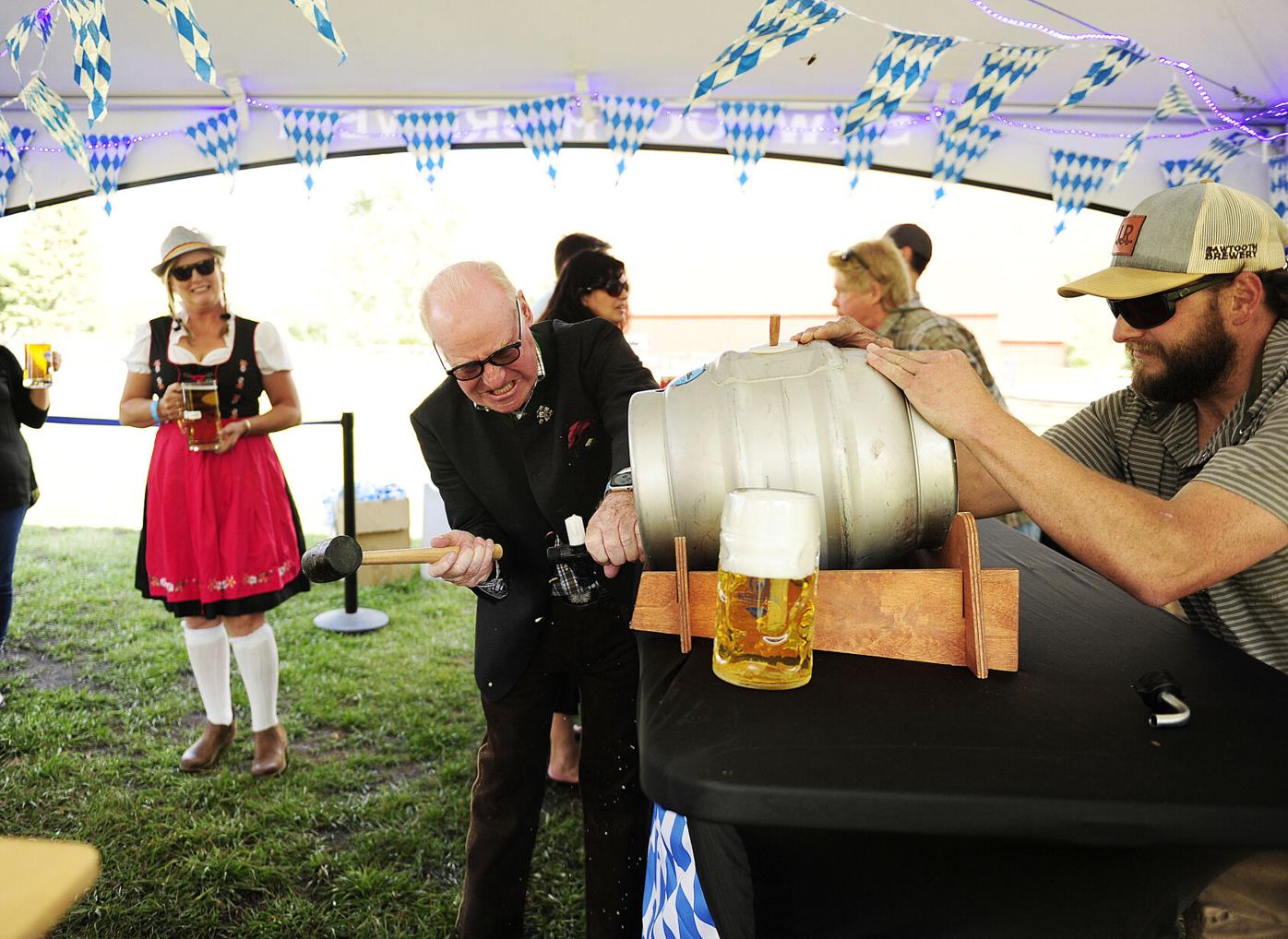 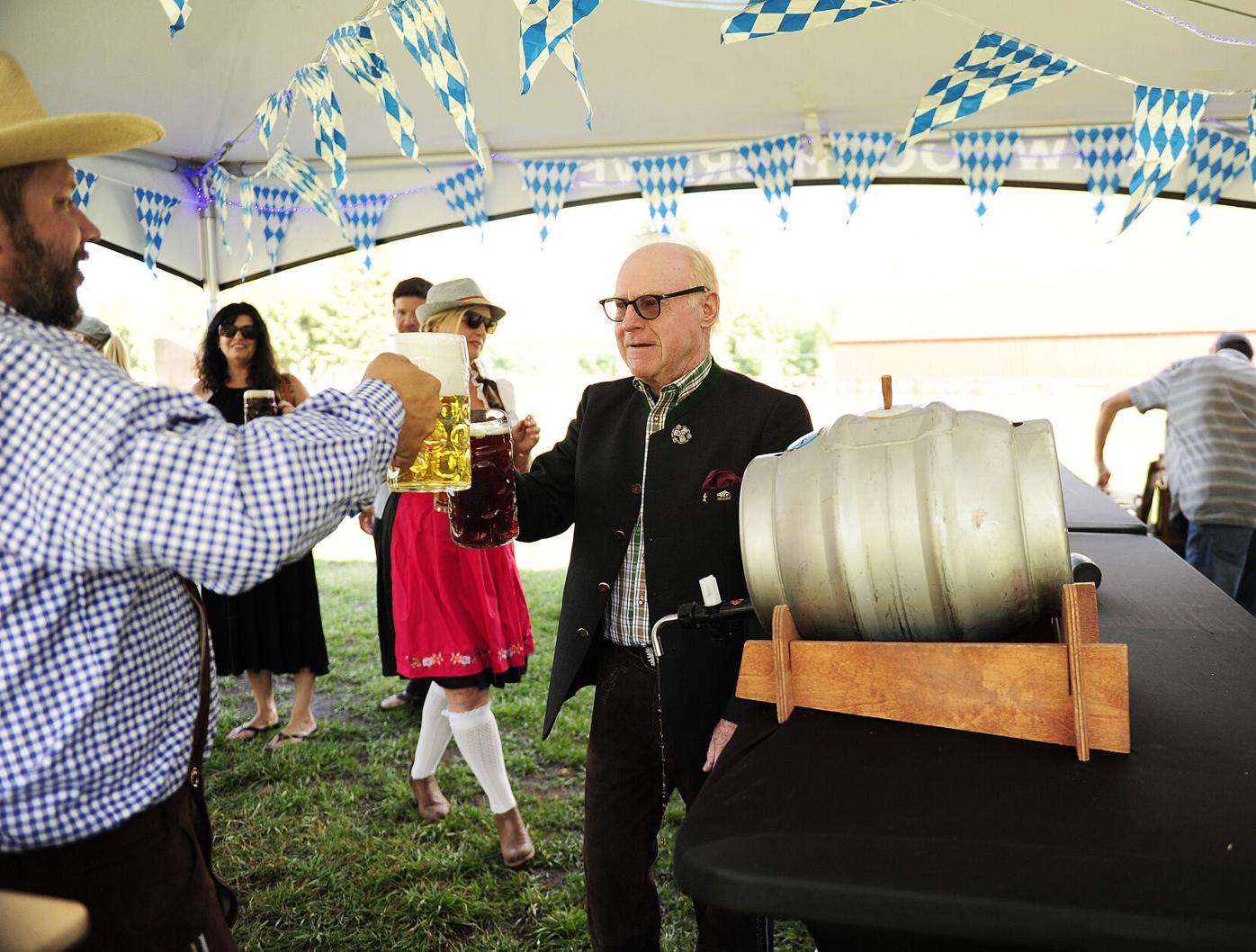 Controversy rippled across the hammerschlagen community when local realtor Kirstin Kozlowski accused her opponents of collusion. She claimed they ganged up on her.

“Every time, they pounded mine in first ... that doesn’t sound family friendly,” Kozlowski said.

This came after she bought three nails for each of her friends—she didn’t realize how extensive the game was.

“But it’s for a good cause,” Kozlowski said.

She had a warning for any soul brave enough to step into the arena of hammerschlagen.

Many of the games at Oktoberfest were designed to be played with one hand, keeping the other free to drink heartily from a stein. But after the Jenga lay in disarray and the last of the spilled beer dried on the flip cup table, one game seemed to hold people’s attention: hammerschlagen.

Hammerschlagen literally means “hammer strike,” and is not for the faint of heart. Although there are some variations on the rules, players at the Ketchum Oktoberfest tossed their hammers in the air and had to strike in whatever way they caught it, attempting to drive their opponents’ nails into a stump. Last nail standing wins.

Champions won a free beer. Nails cost $1. Proceeds for hammerschlagen went to the Idaho Trails Association. Kelly Hewes works for the nonprofit that helps maintain trails all over the state.

“We’re talking a little bit about trails to people while they’re drinking and playing this wonderful game. So, I don’t know if it’s getting through, but I hope it is,” Hewes laughed. “The more you drink, the more fun it is, the more challenging it is.”

Over the weekend, she got to check out all Oktoberfest had to offer.

“We wish we were more hungry so we could go get more schnitzel,” Hewes said.

After watching hammerschlagen for two days, she had some wisdom to share.

She’s right. Hammerschlagen is not a way to purge rage like axe throwing. It is a game of poise and precision.

One competitor, Austin Murtha, was also disappointed in some of the technique he saw.

“There’s not much fluidity, some people need to learn how to play,” Murtha said.

He said it’s all in the toss and follow-through.

“You can’t let yourself pause. You just have to attack the nail,” Murtha said.

I spoke with him after he had already wandered around Oktoberfest for a couple hours.

“I’m just enjoying the wonderful people that live in the valley,” Murtha said.

This was his first Oktoberfest. His greatest regret was not wearing lederhosen.

Another competitor, Josh Strobel, had some sage advice for any novices: “Watch your toes.”

After two close matches, he was unsuccessful. He had no regrets, though.

“Everybody’s close each time. You just feel like one more swing and you’re going to nail one down,” Strobel said. “It keeps you coming back.”