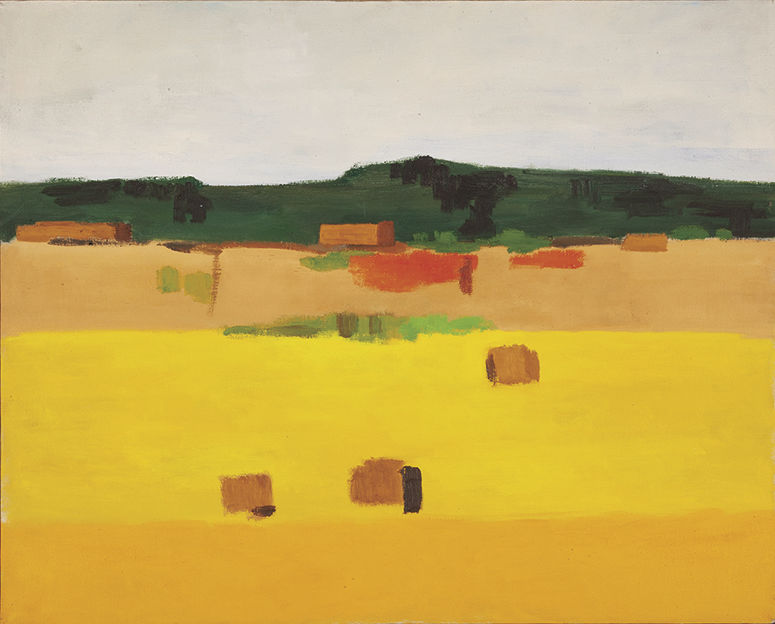 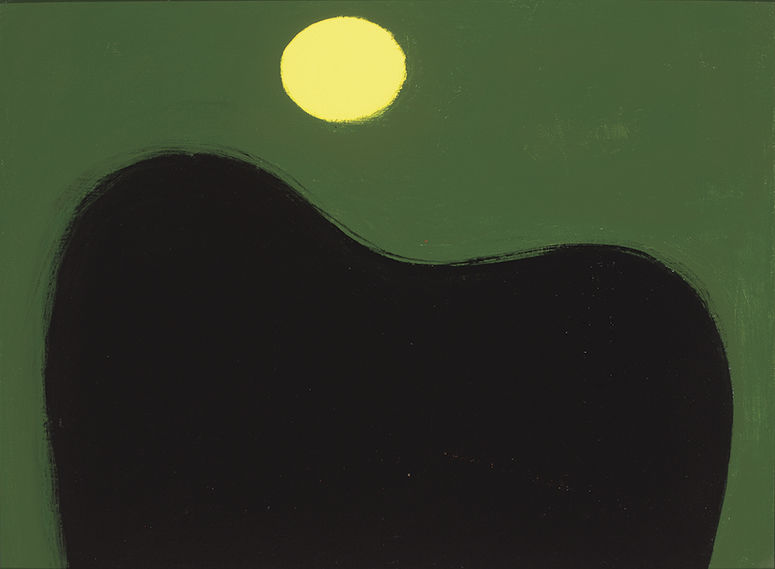 The Sun Valley Center for the Arts is officially wrapping up its latest Big Idea project—“Marketplaces: From Open Air to Online,” tomorrow, Nov. 14, with dual screenings of the documentary “The Biggest Little Farm.”

At The Center’s Ketchum location, the visual arts exhibition portion of “Marketplaces” will be ceding its space to a new collection of eye-catching artworks.

Incorporating prints, drawings, paintings and ceramic objects, “Behind the Sagebrush Curtain” covers a wide array of styles and modes that together cohere to produce an inspired interpretation of some of the most dramatic and awesome scenes in the American West.

Styles vary wildly among the seven artists, with some of the images tending strongly toward the abstract. Joyce’s work, for instance, incorporates a great deal of vibrant coloring and geometric shapes to inspire a feeling of a landscape, or an impression, rather than to create a realistic representation of the physical or literal appearance of nature.

Conversely, Edith Freeman, whose work is mostly housed in the Yellowstone Arts Museum, generated a stunning body of work consisting of images that largely float between realism and impressionism. These gentle landscapes have a comfort to them that inspires the viewer to embark upon a stroll through nature.

Isabelle Johnson’s works possess a greater verisimilitude than some of the others in the exhibition as well. Her rolling hills mimic the contours of the rugged Montana landscape and her trees stand tall with a palpable sense of history, almost yawning in a gentle breeze. Interestingly, when painting people and animals, Johnson tends to display a more impressionist streak.

Helen McAuslan’s works are unlike any others in the ensemble. Her art defies conventions of perspective and depth, almost verging at times on optical illusion as foreground and background fade into one another to create an inimitable sense of universal space.

Where the other artists created two-dimensional items, Frances Senska worked in pottery. Her ceramic vessels break the mold to meld traditional designs, decorations and practices with her own inspired modernist flair to produce a body of work that pushes boundaries and inspires awe at the same time.

Jessie Wilber, a lifelong companion of Frances Senska’s, worked primarily in printmaking. Her art features elements of cubism and impressionism, but in many ways defies classification. Quite simply, it is her art and belongs to no one else. Her pieces are also included in the permanent collection of the Yellowstone Art Museum.

Gennie DeWeese was a highly influential modernist painter and integral to the development of the contemporary arts scene in Montana.

“Behind the Sagebrush Curtain: Women Modernists in Montana and Idaho” will open at The Center on Friday, Nov. 15, and remain up through Friday, Jan. 10, in the new decade.

The title of the exhibition comes from a recent interview by the Tippet Rise Art Center in Fishtail, Mont., with Donna Forbes, longtime executive director of the Yellowstone Arts Museum and a personal friend of Isabelle Johnson.

As Courtney Gilbert, curator of visual arts at The Center, related it, “Ms. Forbes discusses Montana’s art scene in the 1950s and 1960s, describing her colleagues as feeling cut off from the major centers of the art world. She remembered a friend commenting that in Montana, artists were stuck ‘behind the sagebrush curtain.’

“But as the exhibition illustrates, artists in the West, despite their relative isolation, were actively working with modernist ideas. This exhibition focuses on women modernists whose work has been less widely exhibited than that of their male counterparts—women who were, in essence, working behind a second curtain.”

The Center will offer three free guided exhibition tours throughout this display’s tenure, the first of which will take place Thursday, Nov. 21, at 5:30 p.m. A second will follow on Dec. 12 and a third on Jan. 9. This final tour will feature members of Joyce’s family who will discuss her work and legacy.

In addition to these tours, art lovers can also stop by The Center during upcoming Gallery Walks on Nov. 29 and Dec. 27. Wine and snacks will be served at all of the above-noted events.

Alternatively, The Center maintains regular open hours from 9 a.m. to 5 p.m. Monday through Friday. The Center is at 191 Fifth St. E. in Ketchum.

To learn more about this exhibition and future undertakings of the Sun Valley Center for the Arts, visit sunvalleycenter.org.

“As the exhibition illustrates, artists in the West, despite their relative isolation, were actively working with modernist ideas.”