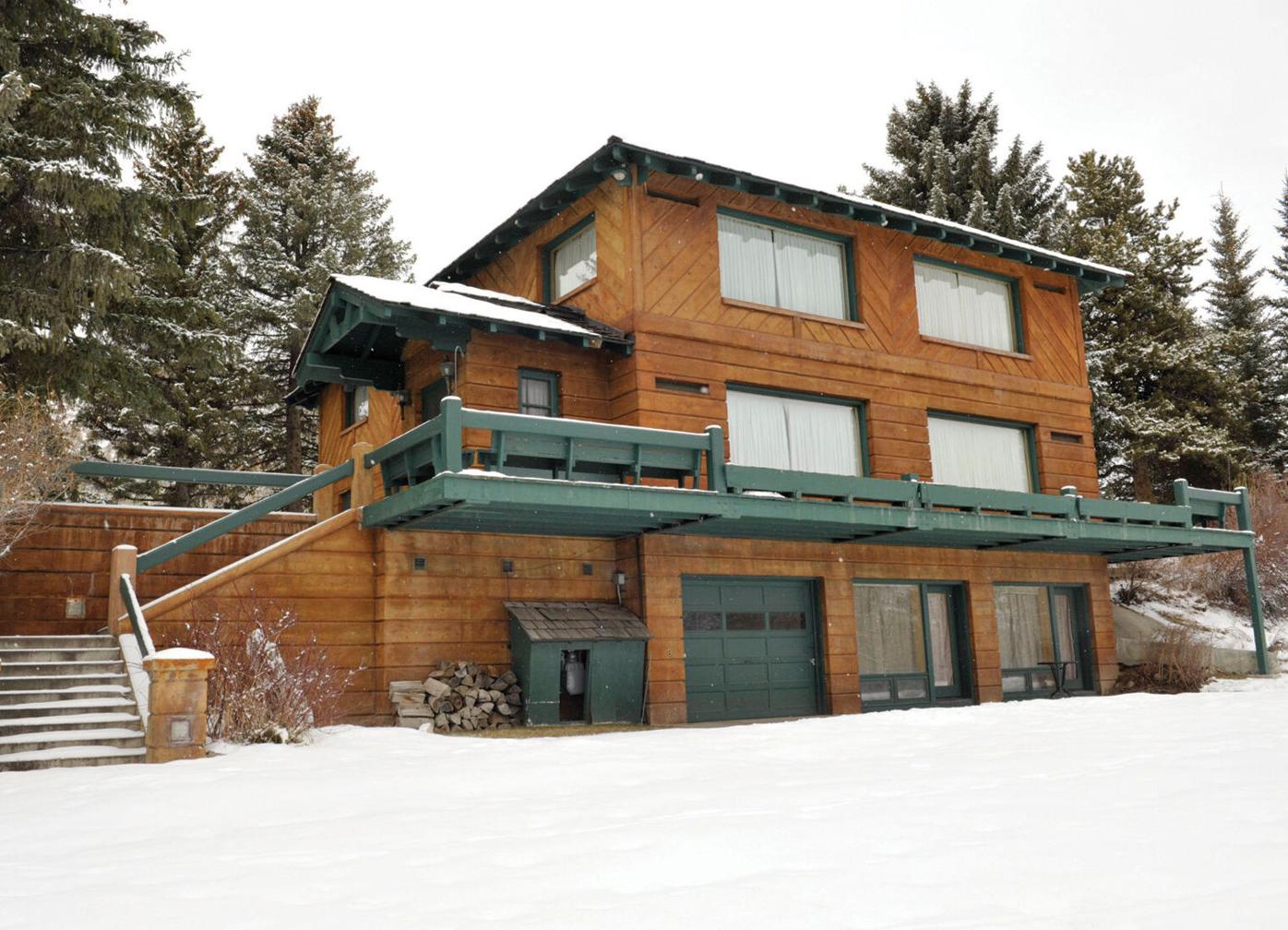 The Ken Burns production team shot exclusive footage inside the Ernest and Mary Hemingway House and Preserve, which is under the stewardship The Community Library. The house is located off Warm Springs Road in Ketchum and is off-limits to the public. 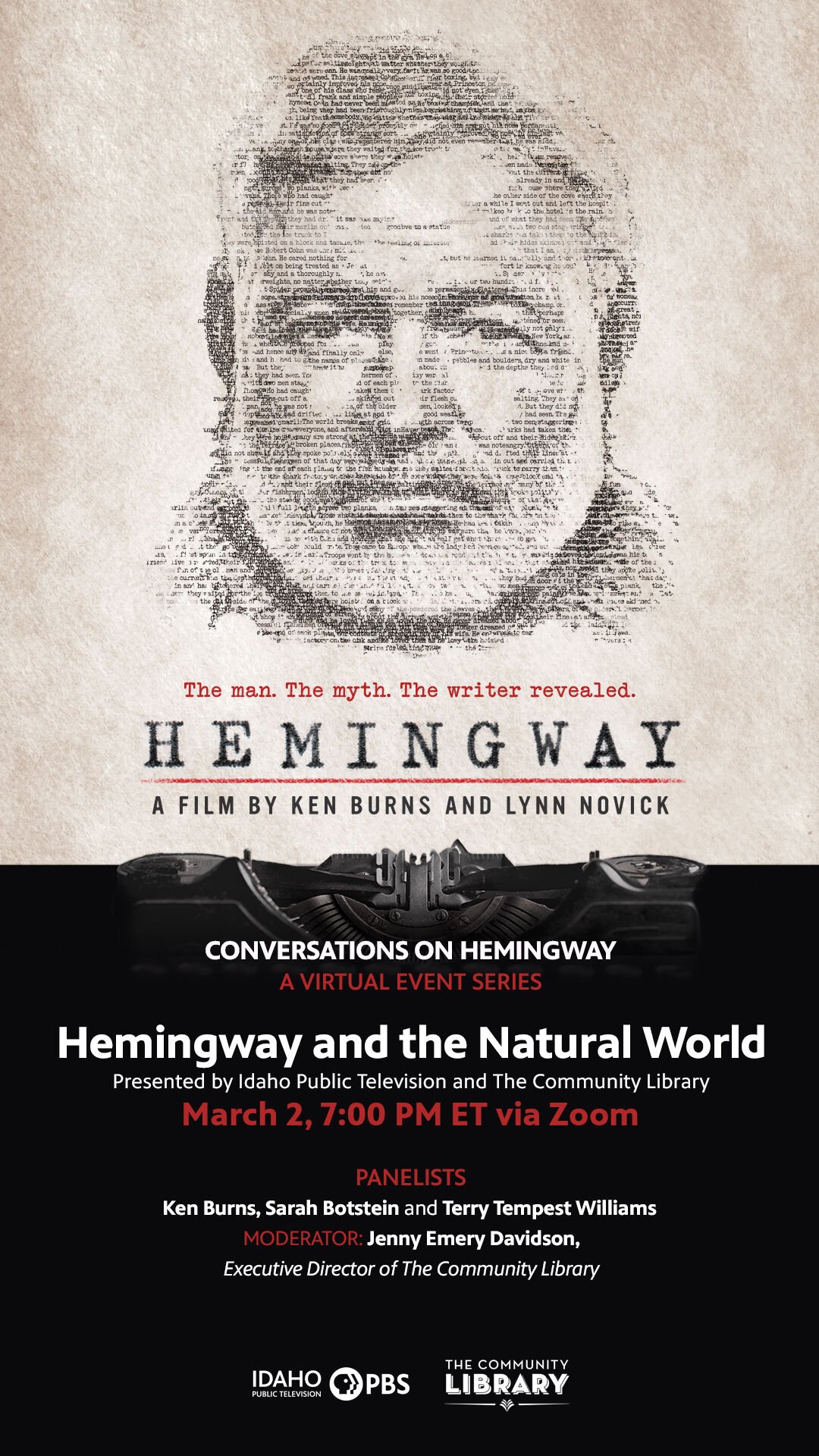 On July 2, 1961, at his house in Ketchum, Ernest Hemingway ended his life. Likely the last thing he ever saw was the sublime Idaho wilderness he loved so much.

When he died, he left a complicated and enduring legacy of outward celebrity and inward genius. A carefully cultivated public image contradicted and complemented in equal measure a life of dizzying highs and crushing personal tragedy. Beneath deliberate layers of publicity, the man—who Hemingway really was—is often obscured.

As celebrated documentarian Ken Burns put it, “Quite often that hagiographic view of him gets promoted generation after generation, or else there’s the revisionist side that tries to dismiss him outright. Each one is blind to what he is. We try not to throw him out for what God knows is a long line of flaws, but also not just show the magazine cover image of him. Striking that balance is not walking a tightrope—that’s what human life is. We all have our gifts and our flaws, but his were magnified by great art and genius and publicity.”

Burns and co-director Lynn Novick hope to illuminate Hemingway—the man, not just the legend—in their upcoming six-hour documentary, “Hemingway,” which will air on PBS in three two-hour parts April 5-7.

The production followed Hemingway’s footsteps around the world, including here in Ketchum, where the filmmakers visited the author’s final home and delved into The Community Library’s extensive archives.

As part of the build-up to the film’s premiere, the filmmakers are engaging in a nine-part Conversations on Hemingway series, presented through various organizations with whom they partnered on the production.

Each installment in the conversation series is free to join via Zoom.

On Tuesday, March 2, Burns and producer Sarah Botstein, along with special guest Terry Tempest Williams, will be in conversation on the topic of “Hemingway and the Natural World,” in partnership with Idaho Public Television and The Community Library. The library’s executive director, Jenny Emery Davidson, will moderate the discussion.

“Quite often that hagiographic view of him gets promoted generation after generation, or else there’s the revisionist side that tries to dismiss him outright. Each one is blind to what he is.”

Botstein described the local landscape and Hemingway’s Ketchum house—now the Ernest and Mary Hemingway Historic House and Preserve, under the stewardship of The Community Library—as “integral to the whole film.”

“His love of the natural world and his observations thereof took him all over the globe, and yet in his writing he is always up close in the moment—a keen observer,” Botstein said. “Reading his descriptions is like having an extreme closeup on life: a trout in a river, a bull dying in the ring, a soldier coming home. I was struck by that when filming in Idaho in particular, in that house set in the hill in that most spectacular landscape.”

The production team visited each of Hemingway’s various historic homes, scattered throughout the world.

“We’re always anxious to hear the ghosts and echoes of an inexpressibly wise past,” Burns said. “In addition to the years of archival research we do, poring over maps, photographs, letters, manuscripts, and consulting scholars, we’re very much convinced that the places a person occupied reveal a lot about who they are. In Ketchum, you can feel his presence, particularly in his fraught later years as so many of the demons he spent his life trying to outrun are catching up. Given the tragic end, to be in that place is to really confront all the ghosts that might be there. It was hugely important for us to have Ketchum on our list.”

The house in Ketchum is not open to the public, so for Hemingway aficionados, the documentary will offer an extremely rare glimpse into his final home.

“Hemingway is part of our world here in central Idaho,” Davidson said. “From his Community Library membership card to his final home, Hemingway is part of our history, and he continues to be a catalyst for our imaginations. We can walk the same sagebrush slopes that he did, listen to the sounds of the river he would have heard in his sleep ... We can continue to read his books to understand what it means to be human, and we can continue to encourage creative writing here, now.”

Other installments in the Conversations on Hemingway series place the Nobel Prize-winner in the context of other lofty topics—childhood, war, celebrity, gender and identity, his often turbulent relationships with women, and more—setting the stage for the comprehensive biographical documentary.

In his lifetime, Hemingway achieved a level of celebrity that went well beyond the literary fame enjoyed by many of his contemporaries and predecessors. To the public at large, he was a globetrotting archetype of modern masculinity: a real life action hero who could navigate warzones and take down any big game unlucky enough to enter his crosshairs, who earned his reputation as a ladies’ man, and who happened to win a Nobel Prize and a Pulitzer for his incomparable contributions to both American and global literature. That outward personality helped shape his fame and success, “but it comes at a huge cost,” Burns said.

“Part of the fabrication of that image is, in fact, pure fabrication. He is not a two-dimensional he-man. He is a much more complicated figure, and he spends his life sheltered behind this façade, and also trying desperately to figure out how to escape it,” he explained.

“The idea of Hemingway as a deeply masculine hero,” Botstein said, “is obviously one part of an image he cultivated, but definitely not all of who he was. We tried to get to some of that inner life while exploring the extraordinary discipline and genius of his writing. The tension between the two narratives of his biography and his writing is something I hope we balanced.”

“Hemingway,” the documentary, features the voice talents of Jeff Daniels, Meryl Streep, Keri Russell, Mary-Louise Parker and Patricia Clarkson. The filmmakers interview leading scholars, as well as such important contemporary writers as Edna O’Brien, Abraham Verghese, Mario Vargas Llosa, Mary Karr, Tim O’Brien, Akiko Manabe, Leonardo Padura and Tobias Wolff, who weigh in on Hemingway’s enduring appeal as both an author and a public figure in America and around the world.

“He wrote about the human experience, which is not localized to any particular part of the world,” Botstein said. “He was interested in a global experience and crossing boundaries, and he was able to articulate, with a simplicity of language, ideas that are so complicated.”

As Burns noted, these seemingly dichotomized elements of life—the global and the local; the public and the personal; the strongman and the troubled tragic—are never mutually exclusive. To address them is not to walk a tightrope, but simply to live life. That’s what Hemingway always wrote about, why he became so popular in his lifetime, and why he remains one of the most important figures of the 20th century.

To learn more about the upcoming program through The Community Library, and to register to participate via Zoom, visit www.comlib.org/conversations-on-hemingway. Visit www.pbs.org/show/hemingway to learn more about Ken Burns’ “Hemingway.”

The Community Library was deeply involved in the filmmaking process, providing exclusive access to the Hemingway House and to archival materials within the Jeanne Rodger Lane Center for Regional History’s extensive collection.

On Thursday, March 25, the library will host a panel discussion with “Idaho’s Hemingway” producer Bill Manny, poet Richard Blanco and scholar Stacey Guill to illuminate the making of the program and discuss Hemingway’s relationship with the local landscape.

“I think that, through the Ken Burns documentary and the Idaho Public Television program, we can feel proud of how Idaho’s spectacular natural landscape also is part of an amazing literary history,” said Jenny Emery Davidson, executive director of The Community Library. “These mountains and rivers were part of the psyche and lived experience of an individual who charted a new course in literature and who continues to exert an extraordinary charisma.”

To learn more about “Idaho’s Hemingway” and the associated library program, visit www.idahoptv.org/shows/specials/hemingway and www.comlib.org/conversations-on-hemingway.