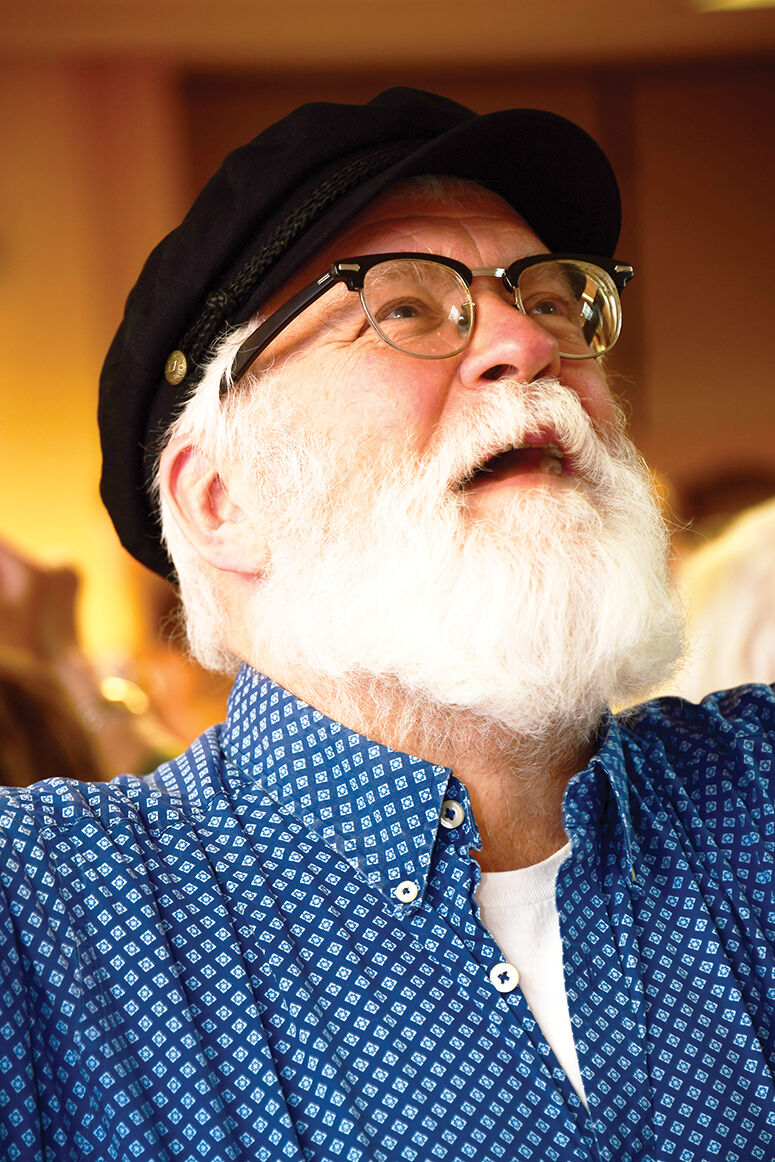 Rowsey has had a busy summer, fulfilling his role as education artistic director for the Sun Valley Music Festival during its restructured virtual season, continuing to lead music at Light of the Mountains Center for Spiritual Living, and engaging in a handful of small performances, but Field Daze will see him back in action on a mainstage for the first time since before lockdown.

As with previous Field Daze shows, the performers will maintain social distancing with each other and the audience. Audience members are encouraged to bring their own seating, drinks and a picnic dinner.

Since beginning Field Daze in late July, organizers Cathy Reinheimer and Lila Claghorn have produced several sold-out shows featuring top local talent and receiving widespread acclaim. To Rowsey, one of the most impressive and heartening things about the entire undertaking is the creative problem-solving Reinheimer and Claghorn displayed.

“We continue to be more and more creative, continue to problem-solve,” he said. “We get better at it, we get bold in rearticulating what we do.

“I think it’s the reason I’ve stayed around here for 20 years. There are resources, there are people with vision and people with the kindest, most generous hearts who play together in the sandbox. Folks like Cathy see that there’s a need and say, ‘I have space, I love the arts, I love the people who create the arts, I think I can be helpful.’ That’s sort of how simple it is, and yet it takes someone with commitment and conviction to make those dreams reality.”

With the nights gradually getting cooler and summer waning into the autumn, the viability of future outdoor performances may come into question. That means two things, Rowsey said: first, people should take the opportunity to enjoy outdoor events while they can; and second, the colder months will only spur people forward to more creative solutions.

“We’ll figure it out for as long as we can. Then we’ll figure out something else,” he said.

Both shows, Friday and Saturday night, begin at 6:30 p.m. at Reinheimer Ranch on the east side of state Highway 75 just south of Ketchum. Visit fielddaze2020.org for tickets.

“You can really get caught up in the noise of the world right now,” Rowsey said. “Our goal is to do songs that are humorous, heartfelt, inspiration, put a smile on your face—all those kinds of things. Hopefully people will join us to escape, not to ignore, the noise of the world. We all have to go back to our lives and take care of each other and the world, but we deserve an opportunity to safely and enjoyably engage with others and reap the benefits of cultural experiences.”

“We deserve an opportunity to safely and enjoyably engage with others and reap the benefits of cultural experiences.”