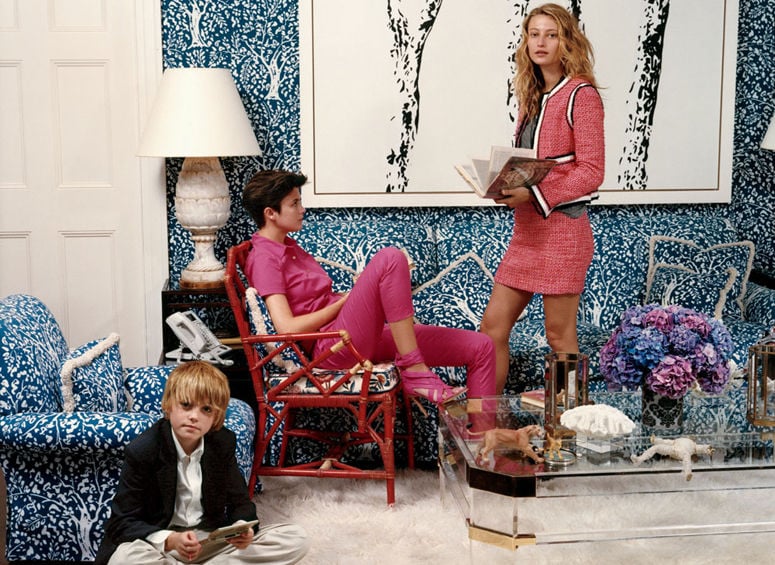 Photographer Tina Barney is known for her large-scale, color portraits of her family and close friends, many of whom are well-to-do inhabitants of New York and New England. 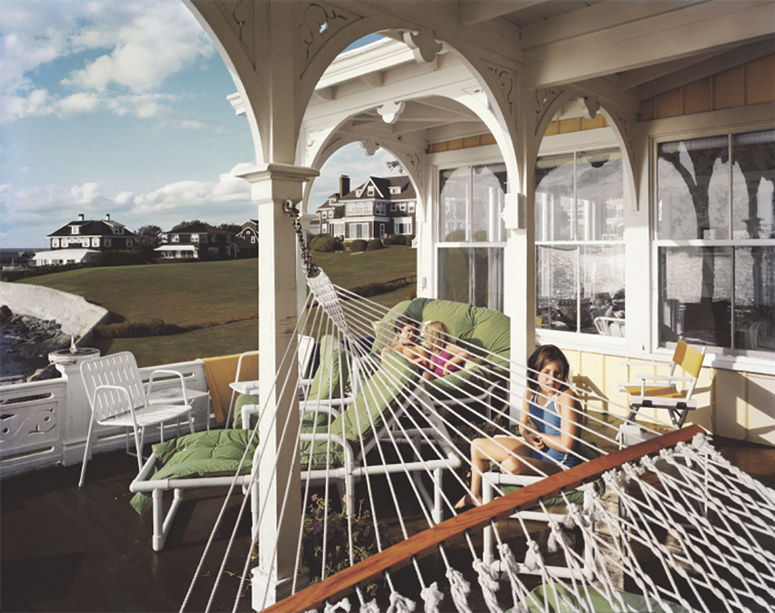 Photographer Tina Barney is known for her large-scale, color portraits of her family and close friends, many of whom are well-to-do inhabitants of New York and New England.

Before she started making a name for herself with her photography, part-time Sun Valley resident Tina Barney wasn’t sure the shots she started taking of her family in the 1960s could be considered art.

However, she became seriously interested in photography as an art form when she volunteered at the Museum of Modern Art in the early 1970s.

“One of the first projects I worked on was to catalogue photographs for the Seagrams Collection,” Barney said.

It was there that she learned about the history of photography and she slowly began to buy photographs from the two or three photography galleries that existed in New York at that time.

“This is when you could buy an Edward Weston for $300 or an Ansel Adams for around that price, too,” Barney said.

About that time, Barney’s family and she decided to move to Sun Valley from New York City. Within the first few weeks of walking around town, she discovered the Sun Valley Center for the Arts and began taking classes there off and on for the next 10 years.

Now, 40 years later after a prolific career, Barney will sit down with friend and author Judith Freeman at The Community Library, 415 Spruce Ave. in Ketchum, to talk about her career and her new photography book, “Tina Barney,” a retrospective on her career. The event Saturday, Dec. 30, is free to the public and runs from 4:30-6 p.m. in the library’s Lecture Hall.

Barney was born in 1945 in New York. Since 1975, she has been producing large-scale photographs of family and friends. Among her exhibitions are a mid-career exhibition at The Museum of Modern Art in 1991 and the Whitney Biennial in 1987. More recently, her work has been shown at the New York State Theatre in 2011, the Barbican Art Centre in London, Museum Folkwang in Essen, Museum der Art Moderne in Salzburg, and others.

She was the recipient of a John Simon Guggenheim Memorial Fellowship in 1991, and the 2010 Lucie Award for Achievement in Portraiture. Her monographs include “Theatre of Manners,” “The Europeans,” “Players” and her new retrospective, “Tina Barney.”

She lives in New York and Rhode Island.

Freeman is a novelist, critic and essayist whose newest book is “The Latter Days,” a memoir. Her first book, a collection of short stories, was “Family Attractions.” Her novels include “The Chinchilla Farm,” “Set For Life,” “A Desert of Pure Feeling” and “Red Water.” She is also the author of the non-fiction work “The Long Embrace: Raymond Chandler and the Woman He Loved.” Freeman received a John Simon Guggenheim Fellowship in 1997 and won the Western Heritage Award for her novel “Set For Life” in 1992. Her essays and articles have appeared in The New York Times, the Los Angeles Times and the Chicago Tribune. She lives in Los Angeles and Camas County, Idaho, with her husband, artist and photographer Anthony Hernandez.

“I have always photographed people and I do not have a specific reason why but, once I started, my curiosity has never ceased,” Barney said.

She said she photographed landscapes in the 1980s, and in June she continued that project, which she is showing in January in New York at the Paul Kasmin Gallery.

She said selecting the images for her new book took three years. She started by pulling photos from all of her previous books and then grouping them in chapters.

“This editing process was done by making cheap 8-by-10 color copies of the images and then placing them on the floor of my apartment and then pulling out rejects over and over and over,” Barney said.

Signed copies of “Tina Barney” will be on sale from Chapter One Bookstore in Ketchum.

“Once I started, my curiosity has never ceased.”

Great photography for the folks in the images and the memories but that's where it stops for onlookers. It`s like going through some other families shoebox of old photos kind of irrelevant for the general public.