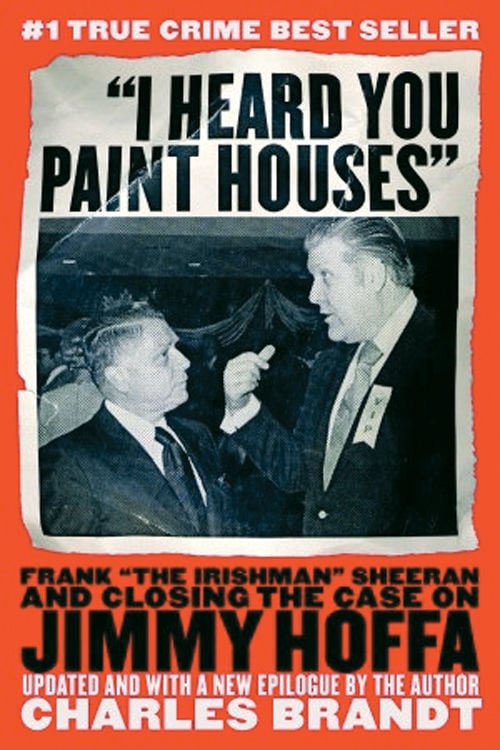 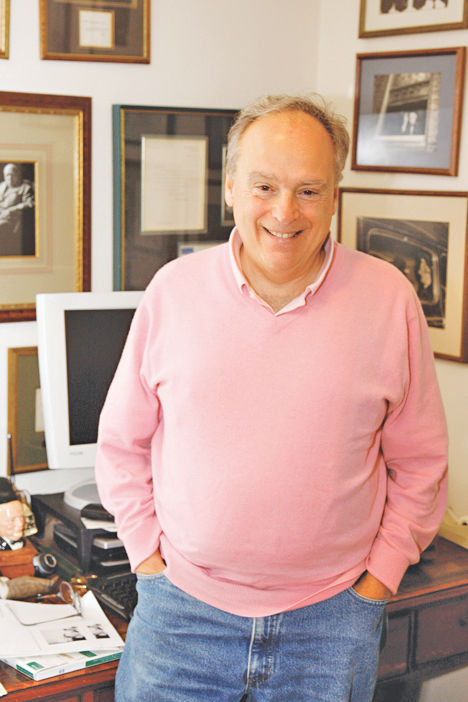 Local author Charlie Brandt’s new book about Frank Sheeran is set to be published next week, prior to a Hollywood film based on the story.

Local author Charlie Brandt’s new book about Frank Sheeran is set to be published next week, prior to a Hollywood film based on the story.

Local author Charlie Brandt’s new edition of “I Heard You Paint Houses” (Steerforth Press) will hit bookstands next week, including Chapter One Bookstore in Ketchum.

The book features 57 pages of new material corroborating separate sources that implicate the Genovese and Provenzano crime families in the killing of President John F. Kennedy.

The book is the basis for a new film by director Martin Scorsese titled “The Irishman,” starring Al Pacino and Robert De Niro. The book is being adapted for the big screen by Academy Award-winning screenwriter Steve Zaillian. It was announced at the Cannes Film Festival this year that the $100 million film project had garnered a $50 million distribution deal.

“It’s a dream come true,” said Brandt, 73, who spent time with friends and family in Ketchum last Thursday. “All of my friends and family have been rooting and praying for this moment since before the original version of the book was published in 2004.”

The book is a true-crime biography of Frank “The Irishman” Sheeran, a Teamsters official and Mafia associate who on orders from his powerful godfather, Russell Bufalino, killed his friend and mentor Jimmy Hoffa, and others, including Crazy Joey Gallo.

Born and raised in New York City, Brandt is a former junior high school English teacher and East Harlem welfare investigator. Upon graduating from Brooklyn Law School in 1969, he moved to crime-plagued Wilmington, Del., and became a homicide investigator, prosecutor and chief deputy attorney general. Brandt is a past president of the Delaware Trial Lawyers Association and the Delaware Board of Trial Advocates.

“I put four men on death row in Delaware,” Brandt said in a 2001 interview with the Idaho Mountain Express. “I’ve spent a lot of time around murderers.”

“What it means is that the Mafia commission killed Kennedy,” Brandt said.

He said he first came across Marcello’s statements in 2008 in another book.

Brandt, who is an expert at interrogations, kept his own role in uncovering certain information in the book off the record until now because some potentially dangerous Mafia people were still alive. However, he did share this information during a face-to-face interview with Scorsese and De Niro in 2009.

Details of that meeting and further details about the crime families that Brandt says were responsible for the JFK assassination are revealed in the new book. He claims that JFK’s death was the result of Attorney General Robert Kennedy’s early 1960s legal assault on organized crime.

“The Genovese family’s hands-on involvement makes perfect sense,” writes Brandt in his new conclusion. “It had a seething personal motive. It had something operatic to prove. It was a Genovese made man from East Harlem, Joseph Valachi, who, betraying the deepest Mafia secrets, had just humiliated the Genovese in televised hearings.

Not long after his brother made these remarks, President John F. Kennedy was killed in Dallas on Nov. 22, 1963.

Conspiracy Theorists need the occasional Book and Movie to confirm their paranoia.[crying][scared][whistling]

Oh, please, another "Mafia killed JFK" book. That theory has been debunked so many times. It is the urban legend to end them all. There is no evidence to back it up that stands up to scrutiny. The "Mafia" was as secretive as possible and would never sanction the killing of the President of the United States -- it would attract too much national heat, have been the end of their money flows and a bloodbath of mobsters. Digital reconstructions of the Zapruder film showed the shots had to come from one place, where Lee Harvey Oswald fired the rifle he bought mail order. Oswald was a leftist and ex-Marine marksman who hated Kennedy for his incursions into Cuba. Oswald left $90 and his wedding ring to his wife before he left that day! How the author of this book can conclude "the Mafia did it" because Joe Valachi testified and Bobby Kennedy talked about the Mafia "Commission" -- which had been known for years -- prior to the assassination is pure speculation. Carlos Marcello in 2008 was in his late 80s and everyone knew he had dementia. Bufalino's comment "we can take out the President" means nothing except bravado based on rumors. This kind of thing gets perpetuated to sell books.