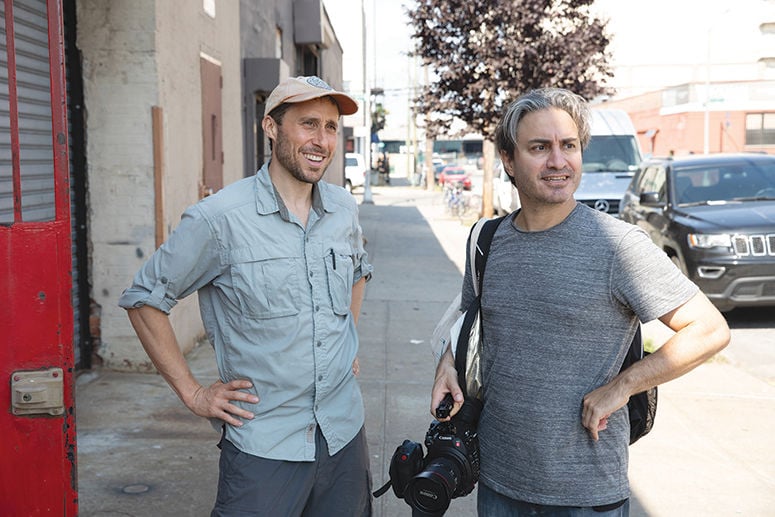 Movie producer Jeremy Workman, right, created “The World Before Your Feet” about the long-distance stroll of his friend Matt Green, left. 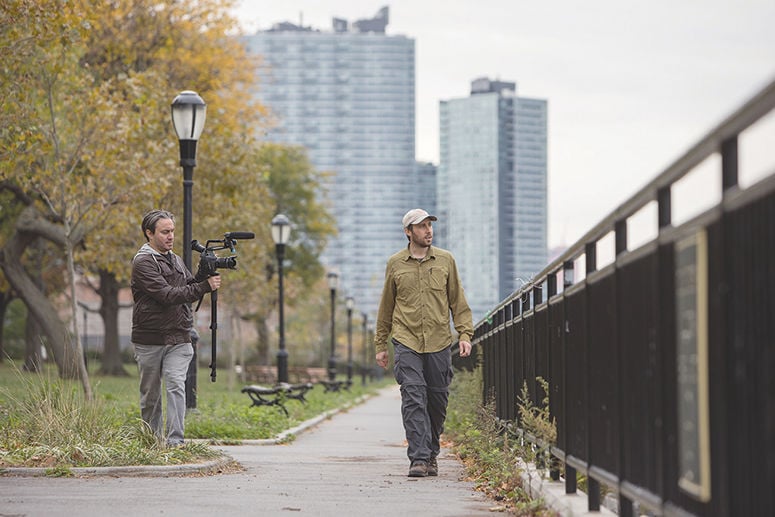 “The World Before Your Feet” documents Matt Green’s undertaking to walk every single street, alley, bridge and intersection of all five boroughs of New York City.

Movie producer Jeremy Workman, right, created “The World Before Your Feet” about the long-distance stroll of his friend Matt Green, left.

“The World Before Your Feet” documents Matt Green’s undertaking to walk every single street, alley, bridge and intersection of all five boroughs of New York City.

As part of its Big Idea project “The Bottomlessness of a Pond: Transcendentalism, Nature and Spirit,” Sun Valley Center for the Arts will screen the documentary “The World Before Your Feet” and present its star, Matt Green, on Thursday, Jan. 16. There will be two showings that day at the Magic Lantern Cinemas ($10 for members, $12 for nonmembers), as well as a winter walk with Green to follow on Saturday, Jan. 18.

“The World Before Your Feet” documents Green’s undertaking to walk every single street, alley, bridge and intersection of all five boroughs of New York City, a total of 8,000 miles. Green began his journey in 2012 and has still yet to reach the end goal, though he is very close. After Green had been walking for two and a half years, his friend and a movie producer Jeremy Workman started walking with him, amassing his own walk of hundreds of miles over the three years that he filmed. Eventually, the hundreds of hours of footage he accrued resulted in this feature-length documentary, which was ultimately executive produced by Oscar nominee Jesse Eisenberg.

“The Bottomless of a Pond: Transcendentalism, Nature and Spirit” explores those who embraced Transcendentalism—Ralph Waldo Emerson, Henry David Thoreau and Margaret Fuller—and argues that the idea of retreating from the material in favor of a spiritual or divine encounter is still relevant in today’s society and is perhaps more useful than ever before. Green makes a perfect specimen of the modern Thoreau for many reasons. The former civil engineer gave up his career, apartment and possessions to dedicate himself to the task of walking all of New York City and relied only upon the kindness of strangers and friends, odd jobs like house- and dog-sitting, and a $15-per-day budget to get by.

“‘The World Before Your Feet’ is a wonderful fit for our Big Idea project and its examination of the relevance of Transcendentalism today,” said Courtney Gilbert, curator of visual arts at The Center. “Matt Green’s project embodies so many of the ideas that the Transcendentalists were investigating more than a century ago. Like Emerson, Thoreau and others, Green has chosen to reject a life of materialism in favor of one lived in daily contact with nature.”

In addition to attending the film screenings, Green will also lead a snowshoe walk in the woods near Galena Lodge. Often asked to lead walks for schools and other groups, he often tasks people to notice different things on walks that they might not usually notice, such as manhole covers, security cameras or an architectural feature.

“The real difference is that, for the most part, when you’re walking somewhere you’re not walking there for the sake of walking there—you’re on your way somewhere else,” Green said. “You can give people things to focus in on and the world opens up and they start realizing the details of things they’d never paid attention to and how rich the exterior of the world is.”

Those who wish to attend the walk can meet at The Center in Ketchum at 9:30 a.m. on Jan. 18 to carpool up north. The walk will be followed by an optional no-host gathering and chat with Green at Galena Lodge for drinks and snacks. The walk is $15 for members and $17 for nonmembers, which includes a $5 snowshoe pass.

“The snowshoe walk with Green will be a wonderful opportunity for participants to hear directly about his project and his approach to the idea that there are rewards to be found in simply walking outdoors, no matter where you live,” Gilbert said.

“Every little bit of a walk is something pretty interesting when you pay enough attention to it.”